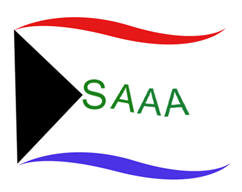 The South African Attorneys Association (SAAA) recognizes the need for the transformation of the legal profession and welcomes the progress made with the Legal Practice Bill, which was passed by the National Assembly yesterday. It is also grateful that many of the recommendations of the organised attorneys’ profession have been accepted and included in the final Bill.
The SAAA, however, remains concerned about aspects of the Bill that affect the independence of the legal profession. The SAAA supports the principle that an independent, effective and competent legal profession is fundamental to the upholding of the rule of law and the independence of the judiciary, which is a vital requirement of our Constitution. It is regrettable that some of the provisions of the Bill will make inroads into the profession’s ability to remain viable, effective and competent. These include:

The SAAA is pleased to note that Clause 24(4) of the Bill, which provided that The Minister may in consultation with the Council, permit a person or category of persons concerned, to expeditiously commence practising as a legal practitioner, against which the SAAA had objected in a previous press release, has been deleted.

The SAAA welcomes the fact that the distinction between the attorneys and advocates practice will be retained. However, the new provision that will allow advocates to accept briefs directly from members of the public, subject thereto that – like attorneys — they too comply with requirements regarding the keeping of trust accounts, not only erodes that distinction, but will cause considerable administrative problems and will confuse the public. The SAAA is of the view that an advocate who wants to receive direct briefs, should convert his/her registration to that of an attorney.