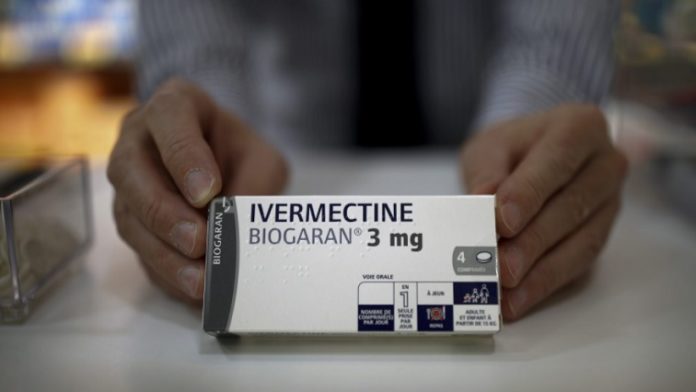 SAHPRA have been torn to pieces in The High Court. Annihilated, humiliated and exposed as the corrupt, paid-off “Vaccine Fanatics” they are. Vaccine Fanaticism is a global problem right now and nobody displays such extreme symptoms of VF like SAHPRA CEO Semete-Makokotlela, Helen Rees (who formally served on the board of GAVI – the vaccine alliance) and Professor Karim (also on the board of the Bill & Melinda Gates Foundation).

Spare a thought for people with HIV. Ivermectin helps prevent HIV and Professor Karim has resigned from the MAC and returns to treat people with HIV. However, he calls ivermectin “a conspiracy theory” so once again those with HIV will be denied a safe, cheap and cost effective treatment.

Crazy tinfoil hat wearing Vaccine Fanatics like Makokotlela, Rees and Karim will refuse to look at evidence, even though a safe treatment is staring them in the face. They go on national TV and lie through their teeth just to avoid the embarrassment of being wrong about ivermectin.

And so the High Court has ordered SAHPRA to pay just under R2million in legal fees and compensation. One of the applicants in the case passed away before the case went to trial because ivermectin was denied to him, thanks to SAHPRA and their deluded VF beliefs.

It’s worse for SAHPRA. Like primary school children they are required to report back every three months to the High Court on the status of ivermectin in South Africa.

But our biggest victory is that SA doctors can now prescribe ivermectin which is completely safe, even at doses 6x higher than the WHO/CDC recommendations. It is safe for children under 15kg. In fact, the 31 African countries who currently give ivermectin as an ongoing initiative to their people have a reduced risk of covid death by 88.2 % than the rest of Africa. Read the study here.

More good news – the R2million SAHPRA has to pay will probably not be paid by the tax payer. It will come from the R70million that the Bill & Melinda Gates Foundation paid to SAHPRA in 2019/2020.

After you have called your doctor and requested a prescription for ivermectin, sit back, relax and read the Court Order here. And please watch out for Vaccine Fanatics. They are among us.

Right now ivermectin is only available for people in SA who can afford a doctors script. The fight to make “Vitamin I” available to everyone continues. Did you know ivermectin is freely handed out to the the people of Uttar Pradesh in India? 200 million people in the province have one of the lowest covid death rates per capita in the world, matched only by other regions and countries who take ivermectin.