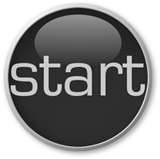 Last month we posted a poll which asked whether people would want to take part in a salary survey to get an idea what salaries are being paid in the market. The response was 92% in favour of knowing the average salary and 8% not wanting to know or take part in the survey. So here we are…

The idea is not to find the salary and whip everybody into line, but merely to establish fair indices on what the salaries should be for each region in the country. As you can imagine the salary in Gauteng is going to be higher than that in the North West Province as an example.

Our first survey is the Secretary Survey and we have divided the sections up as follows:
• Province
• Job title
• Years of experience
• Typing speed
• Salary package (total before any deductions)

By asking these questions we can classify the submissions made into definite sections and will be able to give back stats on things like:

• Salaries per experience/province/department
• Province average
• Typing speed average per junior or senior secretary or per department
• Percentage junior to senior secretaries (in other words, do we have enough youngsters coming into the market?)

As you may have noticed, nowhere do we request any personal information, this is completely anonymous. We will need about 6 weeks to gather the submissions and then we need to compile them into a readable format which will be available in Tech4Law.

For this information to be fair to both employers and employees we need to ensure that there are sufficient submissions; otherwise we will end up with inaccurate information which will cause untold nightmares for all concerned.