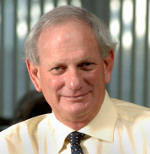 The constitution entrenches the right to strike and the Labour Relations Act of 1995 (“the LRA”) provides that workers may strike subject to the compliance with certain procedures which involve a compulsory mediation to be completed within 30 days of referral of the dispute. Failing settlement the strike can commence on the giving of 48 hours written notice.

The constitution does not directly entrench the right to work. This right is, however, indirectly encompassed in everyone’s right to be employed according to fair labour practices. It thus follows that workers who choose not to strike have the right to continue working. Additionally, everyone has the right to human dignity, freedom and security of person i.e. to be free from all forms of violence. Yet almost without exception every strike in South Africa is accompanied by violence and intimidation – mainly against those who do not wish to strike.

Workers (and their unions) are happy to invoke their rights but ignore their obligations to observe the rights of other workers not to strike.

Leaving aside the question of law enforcement, why does South African strike law not protect those workers who do not wish to strike? The starting point lies in the decision to strike. Proposed amendments to the LRA provided for secret strike ballots to be conducted by independent agencies. The unions objected to this and ultimately Government traded it off against the unions allowing labour brokers to remain legal, albeit, on a limited basis.

Fundamentally no strike should take place unless the majority of workers involved freely and fairly (by secret ballot) vote on the issue. This used to be South African law until the alliance between Government and the Unions had it removed. It needs to be urgently re-introduced.

The second major flaw is the lack of statutory mechanisms to deal with strikes that become violent, particularly with regard to ordinary citizens and workers who wish to lawfully go about their business. The proposed amendments to the LRA did, in part, provide for the Labour Court on an urgent basis, to suspend a strike or picket, in cases where the picketing rules were broken. These provisions were also declined because of Cosatu objections.

It is clear that if South Africa is to remain a viable economic power in Africa, statutory mechanisms are required to address situations where, as evidenced by the “Platinum Strikes”, a strike reaches a stage where the economic hardship to a community or the damage to the economy in general becomes disproportionate to the workers’ right to strike and the demands being made.

This article has been written by Richard Pemberton an Executive Consultant in the Employment Law Department at Garlicke & Bousfield Inc.