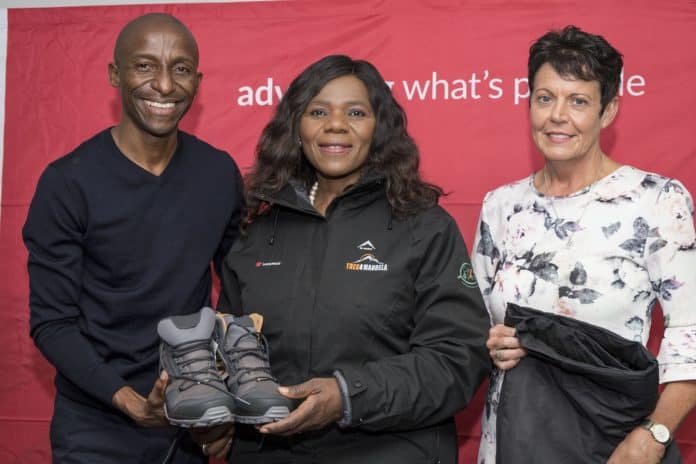 Professor Thuli Madonsela will head up a group of 25 intrepid adventurers who will be given a heroes’ send-off at OR Tambo International Airport this Sunday as they depart for the Thuli Madonsela Women’s Day Executive Climb for Dignity & Social Justice up Mount Kilimanjaro.

Among those sharing well wishes with the inspiring group will be Graça Machel, the widow of Nelson Mandela, who is herself a renowned international advocate for women and children’s rights. Machel and Madonsela will both deliver keynote addresses at the send-off at the viewing deck in the airport’s international terminal building.

The Thuli Madonsela expedition is the second of two Trek4Mandela summit groups this year and is scheduled to reach the top of Africa’s highest peak on Women’s Day. This year is the first in which there are two summit groups and the first expedition summited successfully on Mandela Day, 18 July. Legal technology company LexisNexis South Africa is the headline sponsor of the second expedition and sponsored the kit and gear of the climbers.

Their aim is to raise funds and create awareness for the Caring4Girls menstrual hygiene programme, which this year is striving to ensure one million underprivileged girls will receive sanitary towels and menstrual hygiene support. Research shows these girls can miss up to 50 days of school per year due to lack of access to adequate feminine hygiene products.

The participants have been hard at work in their personal capacity raising funds and spearheading various programmes in support of the overall goal.

Caring4Girls and Trek4Mandela were founded by Richard Mabaso who rallies together a phenomenal group of individuals annually for this noble cause.

In 2016, there were an estimated 2.6 million girls aged 9 to 20 in South Africa, and many of them miss weeks of school during their menstrual cycle because they cannot afford proper sanitary protection – a situation Caring4Girls hopes to change.

In the picture above: Richard Mabaso, Prof Madonsela and Mari van Wyk