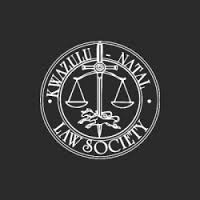 The panel announced its recommendations on 20 November 2016 at a press conference and recommended a minimum monthly wage of approximately R 3500, 00 which amounts to an hourly rate of capital of R 20, 00 per hour over a 40 hour week over a period of 4.3 weeks.

The panel recommended further that its proposal be implemented with effect from 1 July 2017 and the Parliament should enact legislation by this date to give legal effect to its proposal.

For the period 1 July 2017 to 30 June 2019, the panel recommends that transitional arrangements be put in place and that compliance be aided through technical assistance and persuasion. However it proposes that with effect from 1 July 2019 that a fine will be imposed upon all employers who do not comply with the national minimum wage.

The KwaZulu Natal Law Society believes that the implementation of the panel’s recommendation will assist the most vulnerable employees employed as domestic workers and those in the farming and forestry sectors.

The recommendation of the panel is a starting point in assisting those vulnerable employees who in many instances are made to work long hours by their employers without any consideration for their well-being and the well-being of their families.

In some instances, the Society has been found that even office employees receive wages of between R2000, 00 to R 2500, 00 per month and are forced to work 45 hours per week by their employers and including weekends and public holidays.