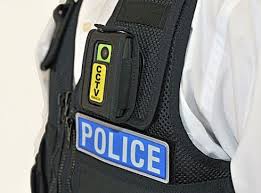 The CCTV camera footage released to public recently once again displayed the horrific and brutal disregard of human life by some members of the South African Police Services. Black Lawyers Association has been consistently vocal against police brutality.
The police actions in the latest incident are more worrying because the footage shows a policeman repeatedly shooting a man who was already helplessly lying on the ground. Irrespective of the seriousness of the offence Mr. Mpanza could have been accused of he had right to life and to be brought to court to face his accusers but the police in this instance acted as the investigator, prosecutor, judge and an executioner, denying him, amongst other his right to fair trial guaranteed in the Constitution of the Republic of South Africa.

We find it unacceptable that no action was taken against the police concerned for about two weeks until a Sunday newspaper published the incident. We believe that had it not been for the CCTV footage this heinous crime would have been covered and remained unpunished. We are concerned that should police brutally continue at its current rate the police service as an institution will, in the long run, loose its legitimacy with the members of the public to the detriment of our criminal Justice system as the police will more and more find it difficult to get help from members of the public.

Media has once again proved its worth as an important mouthpiece of the weak, more importantly this time around of the dead. We applaud Sunday Times Newspaper for bringing the horrendous news to the public domain without fear or prejudice. This is a clear demonstration of what independent media can contribute to society at large and the rule of law in particular.

The CCTV footage at hand dictates that the police actions need to be transparent. As such BLA calls upon the Minister of police to introduce body cameras to be worn by police officers in duty, particularly those attending to patrols and volatile situations. We strongly believe that body cameras will drastically reduce police brutality as well as wrongful accusation of police brutality against the police by the criminals and some members of the public. In the same token these cameras will also capture those who perpetrate attacks on the police.

Against the above backdrop we also take this opportunity to voice our discontentment on the continued killings of members of the SAPS both on and off duty by criminals. This is a source of grave concern to us and the public in general because it would appear that these attacks are coordinated or organised. We condemn these barbaric actions with the greatest contempt it deserves. We urge all law abiding citizens to join police to fight this crime as it is intended to plant fear in the police and thereby discourage them from performing their duty without fear. Attacks on the police have now reached a crisis level.

We believe that the Minister of Police should consider to establish a task team, with immediate effect, to investigate this conduct to its core, otherwise we are heading to anarchy as a nation.