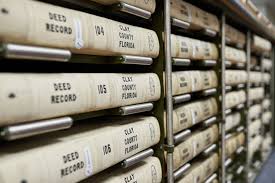 Yip, you are not seeing things, The Chief Registrar of Deeds reported this at the stakeholder’s engagement meeting held at Pietermaritzburg Deeds Office last Friday.

I was delayed in traffic on my way from Durban but arrived just in time for the presentation and meeting, only to find out they had moved the time an hour earlier and I missed the actual Powerpoint presentation. But I was there for the question and answer session that followed.

To start off, I tip my hat to The Office of the Chief Registrar of Deeds, consulting with the stakeholders and staff of the Deeds Office before specking the system is a positive step, and if they listen to the input, it will help them in the development and also improve the system greatly.

Not so positive was the lack of conveyancing knowledge illustrated by both development heads who were there to support the Chief Registrar in the presentation.

One of the conveyancers in the audience asked a very simple but very important question, “As you mentioned in the presentation, all capture and creation of documents will be done by the e-DRS system. Will there be a need for systems like LexisNexis, e4 Strategic and LegalSuite?”

Jabu Hlatshwayo, who is one of the development heads did not hesitate with his short answer of, “No, you will not need them.”

Remember that the pending e-DRS system is an end to end system, whereas the vendor systems stopped short of the Deeds Office process. The vendors have perfected their systems over the last 20 odd years, the youngest of the three is about 10 years in the making – how on earth will the Deeds Office development deliver a more complex, bigger system in three years?

They also spoke about a payment system, where the conveyancers would deposit money into their virtual account, and then use that until depleted for all the costs. Just like CIPC use for their payments. Obviously, nobody had checked lately, as CIPC are changing their system to credit card payments, already Annual Returns fees can only be paid by the new credit card system.

Ms CCE Knoesen, the Chief Registrar of Deeds then also stunned the audience when she told us that the e-DRS system and roll-out was not the only project being undertaken by the department, and that the “Integration of Land Reforms Systems” was also happening and was a bigger project.

At the same time the new e-DRS system is being developed, the Deeds Office will commence with the balance of back-scanning of deeds, as this will be needed for the all-encompassed e-DRS system. This back scanning stalled when the department ended the contract with the previous outsourced providers back in 2015.

Two scenarios could happen with the e-DRS system:

Last thing to ponder…
The paper-based system is one of the best in the world and has solid integrity, security with checks and balances. Just how secure will an electronic system be?

Heaven help those needing to use the system in 3 years’ time. Buckle up, it is going to be bumpy!

Obviously, these are my opinions and I have only reported on what I heard and saw, it does not cover the actual presentation.