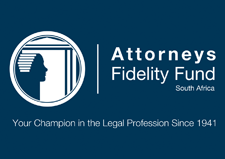 The legal representatives of the Attorneys Fidelity Fund have studied the judgment handed down by the Honourable Mr Acting Justice Adams in the North Gauteng High Court on 14 September 2016,  and have advised that there are sound grounds for an appeal.

The appeal is based on the meaning impliedly given by the Court to the term “particular matter or transaction” as referred to in section 47 (5) (a) of the Attorneys Act, 53 of 1979, which differs from the approach that has been adopted thus far and which was based on judgments in other matters dealt with by the Attorneys Fidelity Fund.

Accordingly, our legal team has been instructed to prepare an application for leave to appeal the aforesaid judgment.

The filing of the notice of appeal will have the effect of suspending the aforesaid judgment.