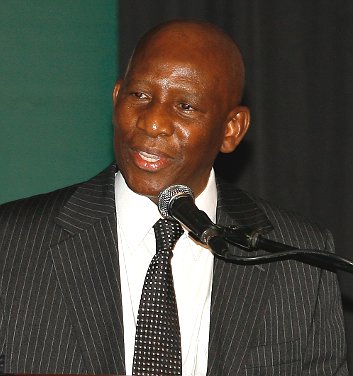 Advocacy and judicial office demands a discharge not only of the noble ends of the law but additionally demands eloquence of articulation, elegance in craftsmanship, leadership and general excellence which ultimately brings legitimacy and respect for the law itself and graces the civilisation which it seeks to mediate; those requirements he discharged with distinction and in abundance.

In his practise as an Advocate, a first in the black community, and subsequently as a
Judge he manifested the qualities of integrity, impeccable honesty, a keen intellect and decorum which underpins the esteem, status and dignity of our Courts; the modesty of his person and his abiding courtesy were his renown attributes. He practised his craft at a level to which his colleagues aspired to.

In addition the attributes of fairness, independence and objectivity were particularly compelling in Judge Skweyiya as is evidenced in the high profile cases in which he appeared as Counsel and other cases which he dealt with as a Judge especially in respect of the Constitutional prescriptions of socio economic rights and accountability in governance.

Judge Skweyiya gave the law and, more broadly, the Constitution a liberal purpose of interpretation to enable the constitution to play a creative and dynamic role in the expression and the achievement of the ideals and aspirations of our nation and in the articulation of its values.

Judge Skweyiya was also a political activist and strove valiantly in the struggle for the establishment of a non-racial democratic order. As a student he served on the SRC Committee of Clemency which campaigned for political prisoners, banned persons and those in exile; he was a legal advisor of SASO which was subsequently declared as an unlawful organisation; he served as a Chairperson and Trustee of the Institute of Black Research and was a trustee of the Black Lawyers Association Legal Education Centre from 1984 to 1990. From 1985 to 1990 he was a member of the Editorial Board of the South African Journal of Human Rights.

Justice Skweyiya has left a permanent legacy for the people of South Africa and the future generation of its citizenry and all those associated with the law. He will be sadly missed.

Our thoughts at this difficult time are with the family and friends of the late Justice Skweyiya.

Contributed by:
The president of the Kwazulu-Natal Law Society, Manette Strauss