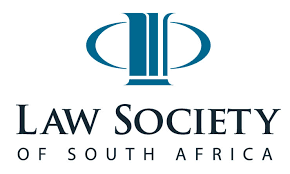 The Law Society of South Africa (LSSA) welcomes the decision by the NEC of the African National Conference (ANC) to recall the President of the Republic amid all the allegations of corruption related to the imminent reinstatement of the ‘spy tapes’ criminal charges, and the allegations around complicity in state capture.

As the legal professionals of this country we believe that the time has come for public officials to hold themselves to a higher standard of ethics and accountability. For far too long our public officials have hidden behind the statements of ‘innocent until proven guilty’ and ‘I have not been found guilty of anything’.

‘This should not be our standard of accountability. Instead our officials should be prepared to step down and offer to resign at the mere suggestion of impropriety on their parts, in an effort at clearing their names without tainting the department or capacity in which they are employed,’ say LSSA Co-Chairpersons Walid Brown and David Bekker.

They add: ‘It is only by raising these ethical standards that we will be successful at rooting out the corruption that has taken root within our state entities. Failing which, all we will be doing is changing the names of officials and elected leaders.’