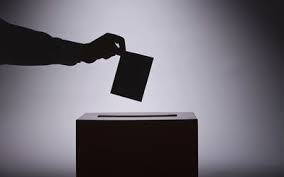 According to reports received from Law Society of South Africa (LSSA) election observers, our preliminary conclusion is that the elections were, on the whole, free and fair. ‘However, we did witness some irregularities which we will be investigating further during the coming week.

All details regarding these will be noted fully in our final report to be published on 15 August 2016, and brought to the attention of the Electoral Commission (IEC)’, say LSSA Co-Chairpersons Mvuso Notyesi and Jan van Rensburg.

The LSSA deployed admitted attorneys across South Africa to observe the local government elections on 3 August 2016.

‘We would like to express great respect for the degree of management and effective coordination necessary to ensure elections are run according to legislation, taking into consideration the number of voters and voting stations on election day,’ say Mr Van Rensburg and Mr Notyesi.

The LSSA commends the IEC on a job well done and recognises the important role it plays in protecting and promoting our democracy.