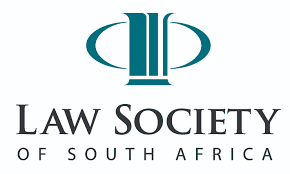 The Law Society of South Africa (LSSA) welcomes the Constitutional Court judgment which confirmed that former President Jacob Zuma’s participation in the decision-making process and his own decision to suspend the operations of the Southern African Development Community (SADC) Tribunal to be unconstitutional, unlawful and irrational.

‘This case is about South African individuals being deprived of access to a regional court irrationally and unconstitutionally. In South Africa, we have an independent and efficient judiciary, but we have no guarantee that it will always be so. It is not necessarily so for all our fellow citizens in other SADC countries. The LSSA commenced this journey to the Constitutional Court when it launched an application in the Gauteng High Court on 19 March 2015 to declare the actions of the President in voting for and signing the SADC Summit Protocol in 2014 as it relates to the SADC Tribunal, to be unconstitutional. Unlike the previous Protocol, the 2014 Protocol deprives citizens in the SADC region – including South Africans – of the right to refer a dispute between individual citizens and their government to a regional court (the SADC Tribunal) if they fail to find relief in their own courts. The LSSA noted that, by signing the 2014 Protocol, the President had infringed the right of South African citizens to access justice in terms of our Bill of Rights. As the Protocol now stands, it limits the jurisdiction of the SADC Tribunal to disputes between member states only – and no longer between individual citizens and states – in the SADC region,’ say LSSA Co-Chairpersons, Mvuzo Notyesi and Ettienne Barnard.

On 1 March 2018 the Gauteng High Court: Pretoria, declared the President’s participation in the suspension of the operations of the SADC Tribunal and his subsequent signing of the 2014 Protocol to be unlawful, irrational and unconstitutional. The Constitutional Court confirmed this constitutional invalidity yesterday.

The Constitutional Court stated: ‘That signature of the singular most powerful constitutional being in our country [the President] also says to the SADC Member States that South Africa has shorn itself of its key responsibilities of protecting and promoting some of the values foundational to our democracy including fundamental rights. This constitutes a serious threat to the image and very essence of South Africa’s constitutional democracy and citizens’ rights. Our President’s signature is symbolic of a warm welcome by South Africa of the stealthy introduction of impunified disregard for and violation of fundamental rights or key [SADC] Treaty provisions. It inadvertently but in reality reassures all others that we would turn a blind eye to human rights abuses and non-adherence to the rule of law in their jurisdictions even if it affects our people.’

The Court noted: ‘Through his actions, we made common cause with other Member States in the region to deprive South Africans and citizens from other SADC countries of access to justice, even in circumstances where domestic courts lack the jurisdiction to entertain human rights and rule of law-related individual disputes.’

Recently the SADC Lawyers Association raised concern about the decline of the Rule of Law in the SADC region. In yesterday’s judgment, the Constitutional Court pointed out that individual disputes relating to alleged non-adherence to the dictates of human rights and the rule of law as well as undemocratic practices, constituted almost the entire list of disputes that were entertained and decided by the SADC Tribunal since its establishment and before it was ‘emasculated’ by the Summit and changed 2014 Protocol.

The LSSA wishes to thank its legal team, Adv Dumisa Ntsebeza SC and Adv Tembeka Ngcukaitobi, as well as Pretoria law firm Mothle Jooma Sabdia Inc – the latter has acted pro bono for the LSSA throughout this matter.

ISSUED ON BEHALF OF THE CO-CHAIRPERSONS OF THE LAW SOCIETY OF SOUTH AFRICA, MVUZO NOTYESI AND ETTIENNE BARNARD