Economy – I had long known that tax comprises a large part of the cost of vehicle fuel; I had not known that taxes account for some 42% of new car prices. It appears that local vehicle taxes are proportionately much higher than that of larger markets in Europe, the US and China.

A thesis holds that the purchase of only SA-built vehicles by our government, would have a R37bn economic multiplier impact on our economy. Perhaps if some of our ministers drove Hiluxes they might connect better with their constituencies?

Ignoramuses: Cadre deployment into positions of power, using state employment as upliftment and the provision of services to the underserviced who cannot pay therefor, is surely what has largely brought on the now apparent financial crisis facing our nation. Yes, much has been gained. Losses have been hidden, off-balance sheet in SOEs. Add our Eskom liability (to use but one example) to state debt and the published 60% state debt/GDP ratio is optimistic.

It appears that the unbundling of Eskom (and SAA?) into three sibling structures has met with grudging approval by economists. The advantages are punted as tighter focus and control, the breakup of dominance and avoidance of a vulnerable strategic monolith. Predictably, Cosatu feels threatened – as it should be: unions primarily focus on looking after their own.

Post the gedoente and analysis of the state budget, I was again reminded that South Africa has the ninth-highest tax-to-GDP burden in the world. The fact is that we don’t get much bang for our tax-buck here. The uncomfortable question that we should face is, why?

Liberty is reported to have “faced challenges” in the past year but had seemingly recovered by midyear 2018. This week it’s financial advisers complained that their commissions for January had not been paid. Smoke?

The DTI reports a sharp decline in BBBEE in the construction, financial, ICT, transport, communication, tourism and agricultural sectors. Interestingly, one of the challenges relating to black agricultural land ownership, was holding property in a trust which would generally not be rated for B-BEE purposes.

Unhappy that you’re working yourself to death? Take a look: https://hbr.org/cover-story/2019/01/time-for-happiness

Our Constitutional Court ruled that the legitimate expectations of neighbours on the potential disfigurement of an area and a reduction on the value of adjacent properties, should be taken into account by a municipality when approving building plans.

Replacement of lost title deeds: on 25 January, a Gazette amended regulation 68.1 to the effect that an application for a lost title deed had to be attested before a notary and provided that notice of such a replacement should be given by way of the Government Gazette. The powers that be have now recanted, both on attestation and advertisement. The former should have been realised earlier owing to the paucity of notaries. The latter will now be changed to provide for publication in a newspaper (no one reads the Gazette) – which is probably going to be more expensive. One wonders who drafts these things…

Yesterday TimesLive flighted a note stating that legal costs could be reduced by much as half owing to the new Legal Practice Act. The doing-away of the compulsory divided bar will make little difference to attorneys, as we have been entitled to do the work done by advocates for some time, whilst advocates cannot access to specialist fields such as conveyancing, notarial work and patent law without an additional qualification. Top end advocates would not want the hassle of dealing directly with the public and, I suspect that, broadly speaking, only advocates that struggle would avail themselves of the opportunity to deal directly with the public. Our neighbours, Zimbabwe, embarked on a fusion of the divided bar after the McNally and Beadle commission reports. I hold an extract of the arguments on both sides if this interests you. Unfortunately, I do not have an ex post facto comparison of the Zimbabwean experience pre-and post-fusion.

This week past photos of the dreadful state of the Pietermaritzburg Deeds Office were published in our local rag. Staff, again, threaten a strike. Yawn: they struck a year ago and nothing has happened to improve the virtual absence of air conditioning in the corner of the building and so on. The air conditioning area still resembles a pool. In yesteryear Public Works would oversee maintenance. That entity is no longer even mentioned in the press as it has virtually disappeared off the scene.

In the middle of last year, the Varsity College took on the Law Society as the Society would not admit LLB students who obtained their degrees from a non-university. This unpleasantness has now been resolved by the Pietermaritzburg High Court, ruling that the section of the Legal Practice Act which restricted the admission of legal practitioners to graduates from universities, is constitutionally invalid. The case is not yet available on Saflii.

Whilst scratching around in Saflii, I chanced across a case in which the parties entered into a written contract with an oral one supplementing the price. Never a great idea if things go wrong. What interested me was the judge (V Amstel) referred the case to the NPA and SARS on the basis that the parties attempted to defraud SARS. Eina; one presumes that winning/losing the case meant more to the litigants than having their errant ways adjusted.

Agreeing to agree: an undertaking, in a contract, that parties would agree on future terms, cannot be enforced.

Time is more value than money. You can get more money, but you cannot get more time.

A recent report, pouring scorn on Bosassa’s Mr Watson’s faith (he said, at the Christian Men’s’ Conference at Moreletta, some years back: If you ask for the gifts of wisdom, knowledge and good judgement, God will give it to you. This gives you a competitive advantage.) got me wondering whether a positive Hansie defence would work? Can you say that the Lord made me do it; and be judged less lightly, than if the Devil did?

A recent video, showing the SADF’s apparent lack of marching skills, followed up by a Chinese comparison, reminded me of a scene many years back: we were escorted into the then Rhodesia over a particularly hot December day by a ragtag infantry group, who ignored the prescribed 80km speed limit for convoys and simply went as fast as they could. They were dressed in whatever was comfortable, clearly lacking the obvious signs of discipline. Yet, I knew that if you tangled with them you would find them anything but lig in die broek. This caused me to wonder about the function of discipline in a fighting force. Does the esprit de corps (apparently) generated by being taught to march coherently, or the discipline of making a bed neatly, translate into battleground effectiveness? I have long wondered whether externally imposed discipline, translates into mental toughness. In the back of my mind I harbour a suspicion that the less motivated a body of men (sorry, persons!) the more external discipline they require.

What’s in a title? I hold one; it does wonders for my opinions on second-hand cars and women, but little for my ability as a practitioner. An attorney holds no title. An advocate (as is the case with doctors) does hold a title, which is often little more than a job description. It will be very interesting to see the competition emerging from the new Legal Practice Act.

After drafting a will for an elderly client, the attorney announced a fee of R200.

The client gave the attorney a R200 note.

After the client left, the attorney saw that the client had in fact paid R400, as two of the client’s R200 notes had stuck together.

Looking at the R200 overpayment, an ethical question arose in the attorney’s mind: “Do I tell my partner?” 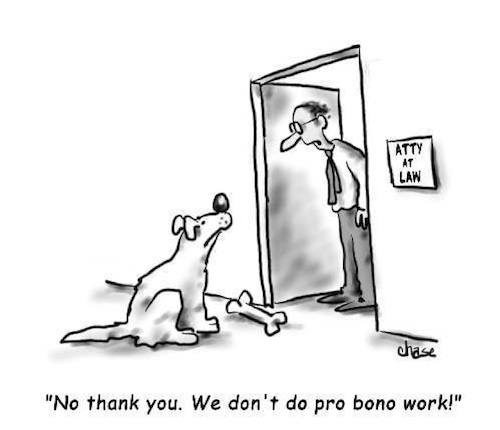 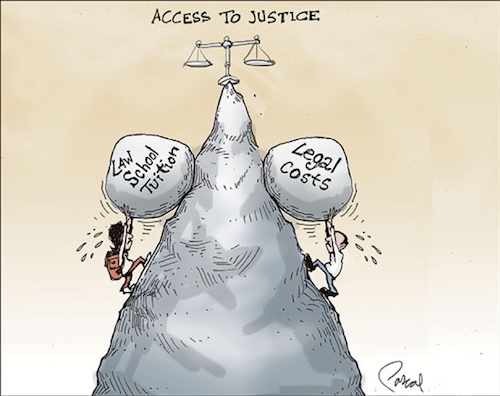