Economic review – The Rand has plummeted against the US dollar of late: understandably if one considers the poor performance of our retail stocks of late, growing state debt and so on. Seemingly out of step are the following:

Tax: I have listened to the rantings of those who advocate a drop in the fuel price tax and VAT, with some pleasure. The inequality in South Africa causes all manner of statistical aberrations: South Africa had the twelfth highest personal income tax burden worldwide in 2015 whilst our earning levels lie at 34th.

The countries that have higher government revenues-to-GDP burdens than South Africa are mainly Scandinavian countries where the return, on tax paid, is dramatically greater than here. The difficulty with this is of course that those who hold Western values and were accustomed to a white South Africa (and increasingly the poor egged on by politicians) expect parity of sorts with the West. This can simply not be; we are a poorer state, and we are poorly governed.

This week past the KZN Premier visited RBM in Richards Bay, following a strike which threatened closure of its smelter. The Premier reportedly directed the police to assist the company in enforcing the interdicts it had obtained against those interfering with its operations. If correct, it is a sad day that the police must be instructed to apply themselves.

A working paper by the National Bureau of Economic Research concludes that entrepreneurs who received advice from peers, with an active approach to managing people, setting goals consistently and providing frequent feedback to employees, grew 28% larger and were 10% less likely to fail than those who got advice from peers, with a passive people-management approach. Take a look: http://www.nber.org/papers/w24789.pdf

Shoreline Sibaya claims that it is the fastest selling retirement development in KZN: it offers a service, in partnership with Lombard Insurance Company, for retirees who have the equity tied up in the family home to provide a bridge solution whereby one can invest in the development yet only sell one’s house, when the unit being constructed is ready for transfer. Great idea: I wonder what it costs?

The MD of the Rawson Property Group has put a brave face upon the possible effect of our dismal GDP upon the property market: “Property market demand isn’t driven purely by investors – its driven by people needing a roof over their heads. That need doesn’t disappear just because our economy hits a speed bump…” That observation is true; however, from a conveyancing perspective, there is a definite slowdown of transactions and the values thereof when the market is bearish.

The expropriation debate has drawn an enormous amount of anxious and intensely critical debate. Very few participants provide any balanced view of the issues at hand. I was given a copy of the SAPOA submission which is rational and eminently well argued

It, interestingly, provides for a comparison with other countries where various alternative measures, other than full compensation, is provided for.

If this interests you, ask me for a copy.

The Commission for Gender Equality has recommended the enforcement of gender quotas to achieve gender parity on the bench. The reasons for the dwindling numbers of females in the profession is ascribed to sexual harassment, entrenched racism and patriarchy. Women currently make up 35% of our judiciary.

A spat between the PSA and SARS over the grading of employees led to an application in terms of section 12 (2) of the Arbitration Act. Labour lawyers might find this interesting.

An empire of the mind

Centuries ago British missionaries and traders set out for respectively upliftment and profit. Christianity and free trade went hand-in-hand. The former demanded cleanliness and the adoption of British values, the latter free trade often enforced by gunboat diplomacy. The result was the upliftment of weaker peoples, the plunder of the developed and the dissemination of the British version of coupling democracy and capitalism.

Whilst the British Empire is in tatters, the legacy values spread during its heyday dominates the world political scene: the UN and the USA (the last of the superpowers) have both taken up the burden of spreading capitalism and democracy; a worldwide brotherhood of men. Enforcement is by means of political and financial pressure.

Do Google Kipling’s The White Man’s Burden: an exhortation for the enforcement of a worldwide hegemony of thought by one of the primary apologists of the British Empire.

In step with burgeoning nationalism, but out of step with almost everything else, is a largely symbolic law passed by the Knesset that only Jews have the right of self-determination in Israel. This decision was described as a defining moment in the annals of Zionism and the history of the state of Israel.

Trump is the leading disciple of what is referred to as cultural racism or simply the right to cultural retention, depending on one’s point of view. America had, at least until now, been able to assimilate foreigners into its culture which it still imposes on others. The irony is that the (soon to be?) majority of Americans will quite possibly not subscribe to these views.

Yesterday we witnessed a hit on those presumably related to the taxi industry. Reportedly hundreds of rounds were fired into a taxi, killing eleven. What would be the difference in our reaction if this assassination had been carried out in the name of religion? How would that differ from an assassination in the name of profit?

Q: When lawyers die, why are they buried in hole 24 feet deep?

A: Because deep down, they are all nice guys

Good News: A busload of lawyers ran off a cliff. The bus was destroyed and there were no survivors.

As the lawyer slowly came out of the anaesthesia after surgery, he said, “Why are all the blinds drawn, doctor?” “There’s a big fire across the street,” the doctor replied. “We didn’t want you to think the operation had been a failure.” 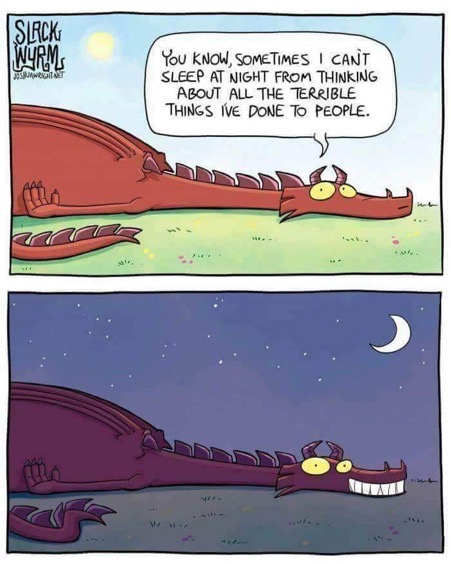