I have a friend who collects strange friends. Several of them are involved in MMA and such. They ride Harleys, sport tattoos, carry (in American parlance) and, if they weren’t such a nice buggers, would scare the daylights out of most law-abiding citizens.

I’m gifted a fighting knife of sorts and, on asking the opinion of one of them, who turns out to be a fighting knife aficionado, I am treated to a short explanation on Filipino knife fighting (think slashing juglars and such): I gather that trying to take this gentleman’s possessions might be a mistake unless you are carrying a shotgun.

I gather that he is prepared to do collection work….

Our PMI is reported to have shown the steepest decline in private sector economic activity in fifty-one months; falling to 46.9 points. There are green shoots here and there but, generally speaking, it is hard to keep faith.

I have a very interesting video which shows the changing GDP rankings of countries from 1961 to date. I’m unable to provide you with a link in this document: ask me and I shall forward you this by email.

The iPhone X max is great – but the 512 GB version costs R 32 000. Yet, they are reportedly selling like hot cakes! The fact is that it doesn’t matter what Apple, or the opposition do, you will buy their phones anyway.

If you think you work long hours: take a look at what follows and consider emigrating to Russia! 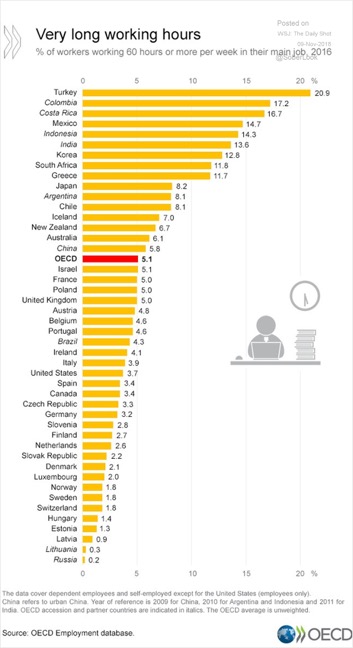 It is easier to grasp the growth of residential buildings (by type) by looking at the picture: https://lh3.googleusercontent.com/Cp57B0FIIP7ixnPpRzwGymvbKk5LV2Xtw73EysJ4zUgwUfZwjkll6WBA_saQ15981zPiJdYCwN_xS8onrd10UpIF=s1200

it appears that, on average, house price growth has stagnated. On the positive side, Ooba reports that its home loan approval rates are increasing (its yoy approval rate has increased from 73.9% to 78.5% in the third quarter this year).

The following link https://www.property360.co.za/news/should-you-renovate-or-a-buy-a-new-house-17767010 reflects an article written by an estate agency in which the pros and cons of upgrading or repurchasing a home is discussed. What is not said is that they are five sets of irrecoverable costs when selling and repurchasing, namely, conveyancing costs for transfer, bonding costs, transfer duty, and your estate agency fees when selling and, lastly, moving. I estimate the total costs of selling and repurchasing to be in the order of 15% of the gross value of your existing property.

Another crack in the edifice of tribal leadership? A conglomeration of women’s movements has taken on the Ingonyama Trust on its policy of replacing Permission to Occupy authorities with leases. The Zulu king’s dilemma is understood. How does one develop tribal lands without an income? The shambles that has arisen from the current system can only get worse if a system resembling municipal governance is not imposed. If, however, those unused to are paying use taxes are taxed, the Ingonyama might end up without a kingdom and, ironically, his subjects would be taxed anyway.

The CEO of the RAF has said that the RAF had been insolvent since 1981…  It is R9bn worth of claims in arrears each month. Yet it only receives around R3.5bn monthly from the Treasury but settles claims worth R4bn. We may not like this, but a different system seems to be the only reasonable way out.

Labour relations: Concourt. The latest Concourt judgement on Labour relations deals with retrenchments based on operational requirements. Woolworths wished to retrench employees in order to employ others who can be used on a flexible basis. If this interests you: http://www.saflii.org.za/za/cases/ZACC/2018/44.html

Fining a member of a sectional scheme is problematical at best.

I hold a set of 2 articles on this subject by Wesley Graham. Ask me for a copy.

An interesting article on a topic, not much dealt with is, the pledge of movable property without possession thereof by the pledgee. Our Security by Means of Movable Property act 57/1993 provides for pledge without possession. Publication of such a pledge attributes knowledge to those who might deal with such property. Using a registration system, specifically designed for the registration of rights in immovable property, for the publication of rights to movable property is criticised, as is the distinction between general and special bonds. Take a look: https://journals.assaf.org.za/index.php/per/article/view/2389/6357

Another topic which I find interesting, is the development of testamentary trusts. Can one, for instance, allow trustees to alter the provisions of the testamentary trust? Judge for yourself: https://journals.assaf.org.za/index.php/per/article/view/2917/6613

The KZN Department of Health issued a directive stating that all registrar posts must go to black applicants. This means that you cannot specialise in KZN if you are white. One understands that the State wishes to fill racial quotas but, if one has a system in which there is a shortage of specialists admitting no one into training, if that person is not black, does not seem rational.

I serve at the pleasure of the president and the ANC? So says Minister Gigaba. Superficially this is true: this statement ignores that one should take responsibility for one’s actions. One cannot pretend that if one does wrong, only he who appoints you may dismiss you. The British routinely fall on their swords, especially when their conduct embarrasses those who are in power. Here you have to be fired… And ministers seem to be beholden to two masters; prez and party. To heck with the people.

The police seem to regularly shoot themselves in the foot. The latest attempt to promote (allegedly) six hundred or more former MK and similar members, will probably flounder: you cannot argue military experience when those being promoted were children during our civil war. Or can you?

A very interesting case has been taken to the Concourt: a prisoner argues that the harsher parole regime which took effect after the commission of his crime, but before sentencing, should not apply to him. On the face of it, a reasonable argument.

“Bush admitted that his pre-war intelligence wasn’t what it should have been. We knew that when we elected him!”

“Maybe I’m a dreamer, but I wish mental health care was as easy to get as, say, a gun.” 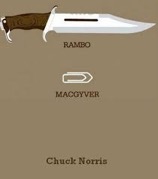