Business – Have you ever wondered why Muslims do so well at business? They are a community of traders and entrepreneurs descended of Indian and Arab- Muslim traders and involve themselves in community collaboration. Hate them or love them, the fact is that they, much like the Jewish community, punch way above their weight.

Land redistribution: Madonsela, our widely admired former PP (whatever you say of her, she has backbone) was reported to have used a children’s game to explain BEE to her audience this Thursday past. If this interests you, I invite you to take a look at the following link: https://www.dailymaverick.co.za/article/2018-08-31-land-dispossession-is-a-fact-so-where-do-we-go-from-here/?tl_inbound

BEE: the so-called YES (Youth Employment Service) initiative was launched by the State this Tuesday past. If you participate, I gather that your organisation might move up 1-2 levels on the BEE scorecard. If you are interested, I will send you the note with requirements and so on.

Smart Property: Airbnb launched Smart Property; a system whereby only those, entitled to access a residence, are given the electronic means to do this. Typically, this represents giving out an electronic key that matches a digital lock which gives access only during the rental period.

The function of an estate agent is to connect buyers and sellers? Perhaps; much of this role has been taken over by technology and a note in EstateLife holds that this function has shifted to an interpretation of the mass of information in such a way that the purchaser sees only that which suits his needs: https://www.estatelife.co.za/what-to-expect-of-an-estate-agent-time-to-disrupt-the-status-quo/

Property agents are supposed to check the probity of their clients via Fica checks and so on. Increasingly one finds agents relying on conveyancers to do this for them; after all, why do your own work when someone else will do it for you, it’s just a favour isn’t it?

Such favours grow to more as the conveyancer becomes beholden to the agent for work. In theory the client chooses the attorney/conveyancer; in practice the client will most often go with a warm recommendation of efficiency by the agent and the conveyancer will often return the favour in the form of a kickback. I confess that taking a bribe for R2k in cash, when you are earning R100k seems rather cheap?

Shades of grey – see below.

A perennial delay in our courts is caused by waiting for forensic results. The SAPS received R3.5bn for these services in the last tax year, more than the Department of Health for similar services. One hopes that this will eventually deliver results.

The law is an ass, right? The Department of Justice has announced that it will assist students being prosecuted for their roles in the Fees Must Fall protests to pursue, amongst others applying for amnesty…. One can understand the indigent being provided with legal aid but, surely, considering the damage done by these idiots, assisting them in applying for amnesty does not quite feel right.

The Times has reported that, as a result of Jonas’s testimony at the state capture enquiry, the head of the Hawks’ anti-corruption unit (nogal), major general Mnonopi, has been suspended. If the evidence is accepted, then having a corrupt cop at the head of the anti-corruption unit in our specialised police services is much like having our former president as the leader of the moral regeneration project of yore…

Below I mention the so-called profit squeeze – essentially the waning of profitability of practice. One method that practices can engage in, is specialisation; specialists are more adept within a narrow field, produce higher quality work in a shorter time and charge higher fees – clearly a no-brainer, unless your market is not large enough to draw sufficient work for that specialist field. A general practitioner can never compete with the specialist for obvious reasons.

So, who of you ladies did the dishes while your man took a break, had a beer and watched the rugby? If you did and resented this, you might wish to read an article on whether the time has come to abolish the husband’s common – law right to his wife’s domestic services? Oh yes, the writer also covers universal partnerships and the like. Written by a lady..Elsje Bonthuys 2017 Stell LR 336. Ask me for a copy.

A hoo-ha has erupted on the intent to rid a New Zealand town of cats. As background to this is the history of mammal predators having been introduced to that country with the advent of Westerners. When Cook landed he told that the din of nesting birds was such that they could hardly sleep. As rats, stoats, dogs, cats and possums introduced intentionally and unintentionally and multiplied, NZ birds, many flightless and unprepared for predators, were virtually wiped out. NZ, some two years ago, announced that it would be free of pest predators by 2050. Achievable? One doubts this – especially the Southern mountains are virtually inaccessible.

Have you met businessmen who prefer keeping contractual relationships grey/flexible? Depending on one’s take on life, you could call them clever, sly and so on. Often, in business relationships, the question is one of performance rather than of ethics – as long as one is not downright dishonest, of course. If one makes enough money, integrity is rarely an issue unless one actually steals. The truly upright may make mistakes but is seldom in the limelight because they take responsibility. It is the sleazy and slippery that one grows to despise, reason being that, whilst not overt, such persons actually do take from others which is not theirs. Unfortunately, such occur in all walks of life, some are professionals; lawyers, accountants, second-hand car salesmen, and preachers. I can only speak of my own profession – those who outperform, are often treated differently, as questioning the morals of the golden goose affects all in the enterprise and who would want to jeopardise that?

The public saluted Mentor and others for having the courage to speak out in the state capture debate. I could not help to be discomfited by these disclosures. The former wished a top post in government, resisted the corrupt advances but kept quiet. It is the keeping quiet by many that has resulted in corruption gaining as much traction as it has. Yes, speaking out might well be the ruination of one, but for those in the top echelons of our society, I would have thought such a decision to be straightforward.

The BLF leader, Andile Mngxitama, was this week found to have orchestrated the occupation of a Pretoria property which was unoccupied. I speak disparagingly of those who are not morally upright but have no words of leaders who would steal (occupation) in their cause for restitution.

“Mimicking the herd invites regression to the mean.”

Keep your eyes wide open before marriage, half shut afterwards.

A wedding is a funeral where you smell your own flowers.

Q: what is the most effective way to remember your wife’s birthday?

A: forget it once

(Yes, I know this is sexist – wait for next week) 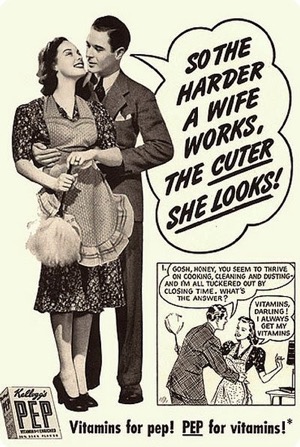