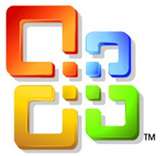 Social media, Web apps and major feature upgrades mark new release. Johannesburg, South Africa – 21 April, 2010 — Microsoft has taken the wraps off what it calls the best version of its Office software ever, with the newly-released Office 2010 helping people to work on files from any PC, any browser and nearly every smartphone.

Office 2010 is the newest version of the software suite that contains familiar computer applications like Word, PowerPoint, Excel and Outlook. It was launched along with a raft of associated technologies at an event attended by hundreds of technology companies and users in Sandton tonight.

Driving the launch, Microsoft South Africa’s Albie Bester says Office 2010 will make a real difference in home and business users’ lives, especially if they centralise their working lives around email.

“This version of Office allows people to work smarter and faster from virtually any location using any device. Given many people ‘live’ in their email these days, this is a critical factor, and Outlook 2010 takes this to the next level,” he said.

The integration of increasingly popular social media channels is a key feature here.

“Through Outlook, people can keep track of email conversations, stay up to date with their co-workers, friends and family, see Facebook updates and LinkedIn pictures for their e-mail contacts, and add a contact as a friend on social networking sites — without ever leaving the application,” said Bester.

For South African businesses, the big news about Office 2010 is the way it allows people to work together in new ways. One of the suite’s key features, demonstrated at the launch, is ‘co-authoring’-the ability for several people to work on a single copy of a document, whether online or offline, at the same or different times.

But the really big play is Office 2010’s Web Apps – lightweight Web browser versions of Word, PowerPoint, Excel and OneNote. They will be available to consumers free of charge through Windows Live. And business users licensed for Microsoft Office 2010 can run Office Web Apps on-premise via a server running SharePoint.

This is a major statement of Microsoft’s intent to assert itself in the cloud computing space against other Web-based productivity applications.

“Web Apps allows people to open and work on Office documents from virtually anywhere, on any device with an Internet connection. They can also share documents with friends, family and co-workers anywhere,” explained Bester.

The launch of Office 2010 comes on the back of Windows 7, Microsoft’s new computer operating system, launching last October. “Add in Windows Phone 7 series which will launch towards the end of this year, and people now have more power in their PC, Web and phone than ever before,” said Bester.

“Sharepoint 2010, Visio 2010 and Project 2010 may not mean much to the average user, but are important parts of most business computing backbones,” explained Bester.

“PC users have long had two frustrations: files are hard to synchronise between multiple devices, and it’s impossible to work on a file that isn’t already on your hard drive,” said Bester. “Sharepoint 2010 is designed for the Internet generation by offering file access from nearly anywhere, and storage that’s separate from the device itself.”

Other highlights of Office 2010 include a new feature in spreadsheet application Excel called Sparklines, which are tiny graphs that can fit in a single cell of a spreadsheet. PowerPoint gets the ability to edit video clips within the application, as well as the ability to create a video of one’s presentation and distribute it over the web and played without need for a PowerPoint client.

Businesses will be able to start using Office 2010 as soon as next month. Bester expects the consumer version will hit South African shelves by July.

“Why one legal tech company launched its latest product early, and is not charging”