Building on Nokia’s industry-leading innovation in imaging, the latest range of Lumia and Asha products enables people to capture and share the world around them like never before. Nokia also showed new accessories to make life easier and more fun, and announced an array of new Nokia and third-party applications which enhance the Asha and Lumia experience.

“Now more than ever, mobile devices are at the center of consumers’ lives as they look to capture, curate and share experiences on the go,” said Stephen Elop, Executive Vice President, Devices & Services at Nokia. “Today we’re inviting people around the world to switch to Nokia. With our latest range of Lumia and Asha products, we’re delivering industry leading design and imaging innovation to bigger devices at more accessible prices. The quality and value that Nokia products deliver continues to grow as we partner with developers to introduce app experiences that are unique to Lumia and Windows Phone. And clearly, with Lumia and Asha smartphones enjoying quarter-on-quarter volume growth in Q3 2013, that quality and value is resonating with consumers around the world.”

Bringing Lumia innovation to Nokia’s first-ever Windows tablet – the Lumia 2520
Nokia’s first Windows tablet, the Lumia 2520, is designed to work anywhere, with a vivid 10.1-inch HD display that is designed to provide the best outdoor and indoor readability of any tablet. Building on Nokia’s rich mobility heritage, the Lumia 2520 combines both 4G LTE and Wi-Fi connectivity, a 6.7MP camera, and for the first time ever on a tablet, ZEISS optics, letting people take beautiful pictures – even in low light. The Lumia 2520, runs on Windows RT 8.1 for a highly personal and easy to navigate experience, and also features multiple color choices and fast-charging capability – providing up to an 80% charge in one hour. 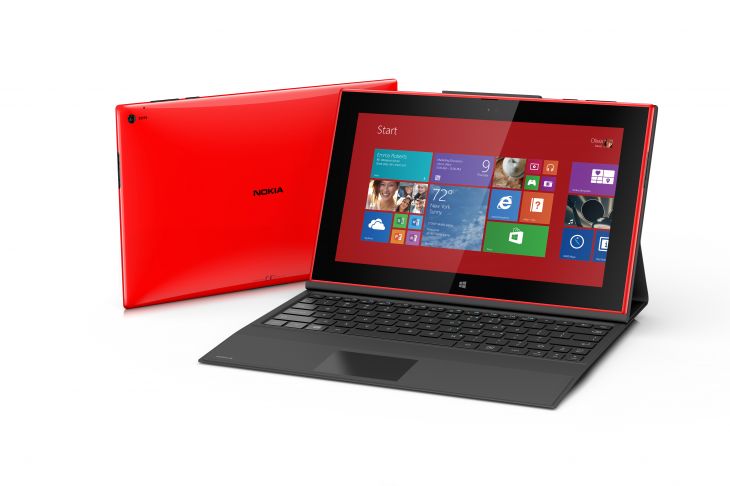 The Lumia 2520 also comes with a number of unique software experiences that are exclusive to the Lumia family, including the exclusive “Dragons Adventure” interactive game developed in partnership with DreamWorks Animation. Additionally, the Lumia 2520 includes Nokia Storyteller, a Nokia developed application that introduces a new way to curate and relive images and videos as a story on a map, as well as Nokia Video Director, which offers the ability to edit and get even more creative with videos shot on the Lumia 2520 – as well as content from Lumia smartphones. With integrated HERE Maps, the Lumia 2520 is the only tablet with true offline maps for a fast and reliable maps experience. The tablet also includes an exclusive version of Nokia Music with Mix Radio preinstalled.

The Nokia Lumia 2520 will be available in red and white in a glossy finish as well as cyan and black in a matte finish, and is expect to start shipping in Q4 2013 with an estimated price of USD499 before taxes or subsidies. Initial roll out is to begin broadly in the U.S. as well as the U.K and Finland, with additional countries to follow shortly after. The Nokia Power Keyboard will be available alongside the Lumia 2520 at the recommended price of USD149.

Bring your stories to life with the Nokia Lumia 1520 and Lumia 1320
Continuing to redefine smartphone innovation, Nokia introduces its first ever large screen Lumia smartphones, the Lumia 1520 and Lumia 1320. With a six inch screen and the latest software advancements for Windows Phone, the Lumia 1320 and Lumia 1520 are perfectly suited for entertainment and productivity. A new third column of tiles on the home screen means people can see and do more on a larger screen. Bringing larger displays to the award-winning Lumia design, the new format is coupled with some of the most advanced camera innovations so people can capture and share the world around them. 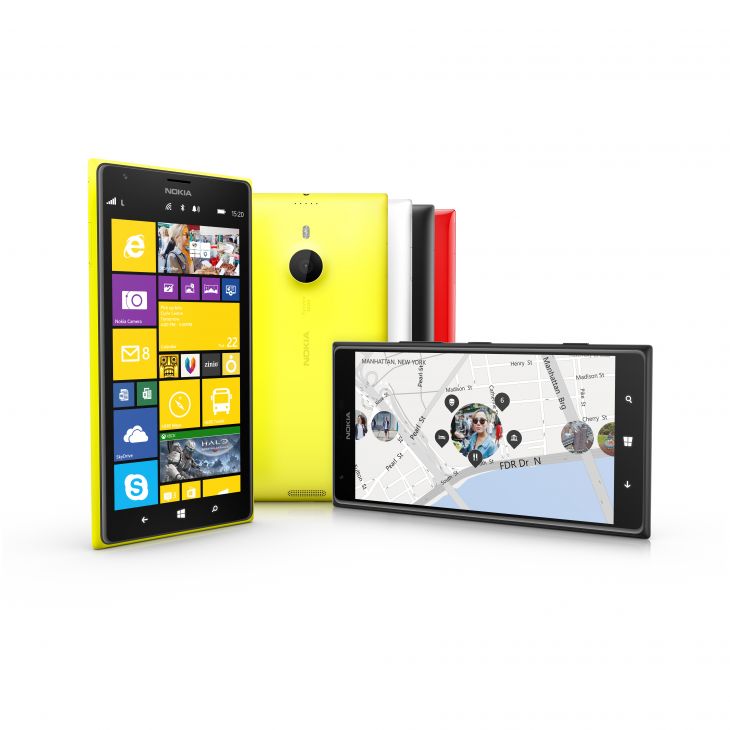 The Lumia 1520 offers the latest imaging innovation from Nokia – a 20MP PureView camera with optical image stabilization (OIS) enabling sharp images even in the dark as well as oversampling and zooming technology similar to the Lumia 1020. In addition to the new Nokia Camera and Nokia Storyteller applications, the Lumia 1520 offers a 6-inch screen and a vivid 1080p full HD display for outstanding outdoor readability. People can bring their videos to life with Nokia Rich Recording, an unparalleled audio capture using four built-in microphones. With Microsoft Office built in, documents can be edited and shared easily for maximum productivity.

The Lumia 1320 features many high-end Lumia innovations on a large 6-inch 720p display and extends the Nokia Camera app to another price range. With a range of imaging apps available, the Lumia 1320 comes with Nokia Music for free streaming of ad-free music and HERE maps and location services, so people can experience the most popular Lumia experiences at a more accessible price. 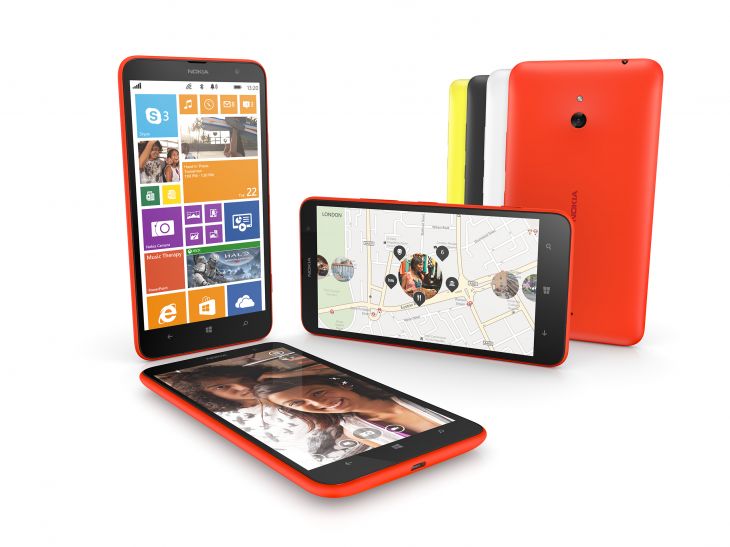 The Nokia Lumia 1520 will be available in yellow, white, black and glossy red. It is expected to start shipping in Q4 2013, with an estimated price of USD749 before taxes and subsidies in Hong Kong, Singapore, U.S., China, U.K., France, Germany, Finland and other European markets, with other markets to follow.

The Nokia Lumia 1320 will be available in orange, yellow, white, and black and is expected to start shipping in Q1 2014 with an estimated price of USD339 before taxes and subsidies in China and Vietnam, followed by other Asian markets, India and Europe.

The Nokia Asha 500, Asha 502 and Asha 503 combine beautiful design with a richer mobile experience
The newest additions to the Asha Platform family of devices – the Nokia Asha 500, Asha 502 and Asha 503 – join the already successful Asha 501 in pushing the boundaries of affordable smartphone innovation. All three handsets build on Nokia’s renowned design and feature a new crystal-clear look; a fusion of ice-like transparency and bold inner color encases each phone to make it both elegant and more durable. Support for 3G is available on the Asha 503, which also includes a 5MP camera and comes with a Dual SIM option.

The Nokia Asha 500, Asha 502 and Asha 503 include new enhancements to the Asha Platform for even more intuitive navigation. The new Asha user interface enables faster and easier sharing of images on social networks, with one easy swipe to access the camera and one touch to post. Fastlane gives people a second home screen for quick access to frequently used apps and deeper integration with their favourite social networks. Knowing how important free messaging is to people, WhatsApp will be available for the Nokia Asha 501 and is to arrive later in the year for the new Asha devices. 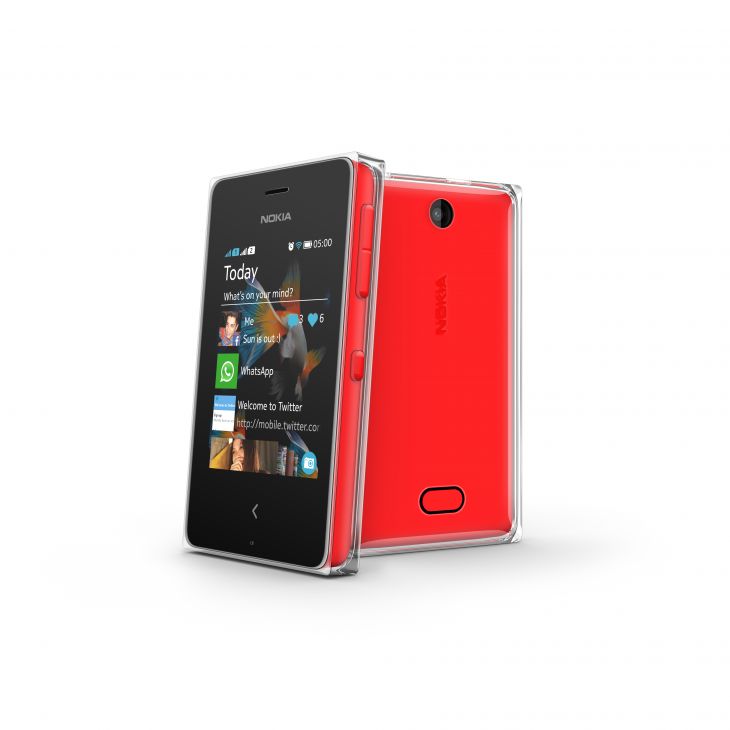 The Nokia Asha 500 features a 2.8-inch screen, 2MP camera and comes in single SIM and Easy Swap Dual SIM variants. It is expected to be available in Africa, Asia-Pacific, Europe, Latin America and the Middle East with an estimated price of USD69 before taxes or subsidies.

The Nokia Asha 502 features a 3-inch screen, a 5MP camera with LED flash and Easy Swap Dual-SIM. The estimated price before taxes or subsidies starts at USD89 in Africa, Asia-Pacific, Europe and Middle East.

Innovation enhanced through applications
People can get the most from Nokia’s latest Lumia portfolio through a new selection of applications including:
• Nokia Video Director – create, edit and share customized videos direct from the Lumia 2520.
• Nokia Beamer – share experiences and ideas easily and instantly with friends or colleagues by projecting your phone screen to any HTML5 enabled screen; this includes documents, maps, location details, or even the camera viewfinder.
• Nokia Storyteller – automatically integrates your pictures from your phone with HERE location information and collates a chronological picture journey on a map.
• DreamWorks Animation’s Dragons Adventure – an exclusive experience for the Lumia 2520 which keeps the whole family entertained.
• Instagram – the photo and video sharing community.
• Papyrus and InNote – handwriting note-taking apps.
• Vine – a popular video service.
The Asha ecosystem is also growing with more applications available including the popular messaging applications WhatsApp and Line; photo applications PicFeed and PicTag; and ESPN Sports Hub.

For more information on the new developer offerings, including the many applications which become available to Lumia and Asha users for the first time today, visit: [LINK}

The Nokia DC-50 is expected to be available globally in Q4 at an estimated price of USD99.

About Nokia
Nokia is a global leader in mobile communications whose products have become an integral part of the lives of people around the world. Every day, more than 1.3 billion people use their Nokia to capture and share experiences, access information, find their way or simply to speak to one another. Nokia’s technological and design innovations have made its brand one of the most recognized in the world. For more information, visit http://www.nokia.com/about-nokia.