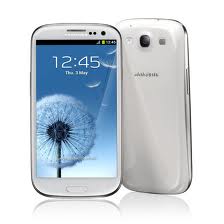 There has been a lot of hype about the SIII and I was very keen to get my paws on the phone. After a few days with the phone, I have to say that I am very impressed.

The phone is light, very thin and rather pleasing to the eye. There is not a lot of wasted space around the screen area. Even though I had the phone a few days, I barely scratched the surface on what this phone is capable of.

Also, the new features are not gimmicks, but actually functions that will assist people when using the phone.

Recording of videos is simple enough and the focus seems to keep up quite well. The camera is capable of 1080pixel video recording at 30fps.

The camera on this phone seems to have made quite a leap ahead. You can pan the phone/camera and it will automatically take pictures which it then stiches together to give you a panoramic image. Also it has a burst mode which is a rapid picture taking mode, allowing you to take many pictures of either a fast moving object, or to simply take the best image from a number of shots.

The camera is an 8 mega pixel on the back of the phone and a 1.9 mega pixel camera on the front. 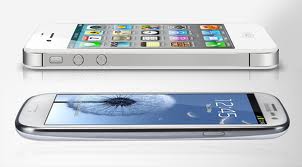 The S3 uses a Qualcomm Snapdragon S4 Quad-Core 1.5GHz processor, which makes it one of the fastest phones around at the moment.

The sound through the speakers is good enough. But the great thing about Samsung’s AllShare Play is that you can play the media through other devices that have the AllShare feature – like your TV, notebook or hi-fi. I know any DLNA enabled device can share media – the AllShare just makes it simpler.

The battery seemed to last longer than other smartphones – excessive use in a day will drain the battery before the day is out – GPS, Navigation, Music, Bluetooth etc, but on regular usage the phone lasted at least a day and a half sometimes two.

Easy to work the contacts view, once the contact is selected you get all the information that is gathered about that person – including Google+ of course. Cool idea from Samsung here was the motion to your ear automatically dials the contact that is highlighted.

My email runs off Gmail, so getting connected to my email, contacts and calendar on an Android device is always slick and easy.

SmartOffice is available off the PlayStore – it does just about everything your MS Office on a Windows Phone will do – as I don’t compile many documents or spreadsheets on my phone this really does not bug me – but it is nice to edit the occasional document while in between meetings.

The phone has many practical features – to mention a few:

As I said there are many other features that I did not have time to check and test.

Would I use this as my personal phone – definitely!

I took this from the Samsung site, but I’m sure they won’t mind.