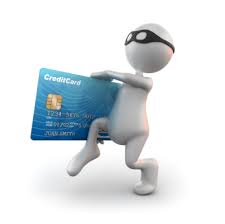 Identity theft is one of the fastest growing crimes, not only in South Africa but worldwide. 1 370 cases had been reported to the Southern African Fraud Prevention Service (SAFPS) as at the end of April 2014.

There was a 16% increase in identity theft from a total of 3 327 cases in 2012 to a total of 3 873 cases in 2013 and this increase looks set to continue as it is estimated that the number of incidents could exceed the 4 000 mark by the end of 2014. According to CNN Money every two seconds, another American becomes a victim of identity fraud. In 2013 13.1 million Americans were victims of identity theft.

Just what is identity theft? Here’s an example. After obtaining someone’s personal data, a convicted felon charged some R100,000 on fraudulent credit cards, obtained a home loan, and, in the victim’s name, bought homes, motorcycles and cars. Then he decided, apparently just for fun, to give the digital knife a twist by taunting his victim with phone calls, telling him that he could continue assuming the mans identity for as long as he wanted because identity theft was not a serious crime in the eyes of the law. Finally, the thief filed for bankruptcy – in the victim’s name.

The victim and his wife had to spend some R15, 000 and more than 4 years of their lives restoring their credit and reputation.

“All an identity thief needs to completely take over your identity is; your name, ID number, phone number and address. It does not require a James Bond to steal the identity of another person. Nor does it even require picking the persons pocket or breaking into his or her home or place of business.” Said Rick Crouch managing director of private investigation and digital forensics company Rick Crouch & Associates.

“Identity thieves may engage in shoulder surfing – surreptitiously looking over your shoulder as you enter your PIN at an ATM. An identity thief may also engage in dumpster diving – going through your garbage cans looking for copies of cheques, credit card or bank statements or other records that bear your name, address, financial account numbers and ID number. Computer savvy identity thieves setup phony websites to capture victims personal information then send out thousands of “phishing emails” pretending to be from you bank asking you to update your information, the email links to the phony website that looks identical to your banks website except all the information you enter including ID number, login ID, password etc is captured into their database. They then have full access to your bank accounts.” Added Crouch

You can protect yourself.

“Do not give your ID number to just anyone, don’t even allow people to copy your ID document unnecessarily. Invest in a shredder and shred all documents that you are throwing out. Your bank will never send you an email asking you to verify your information, if you get one of those emails simply delete it, do not reply to it either because they then know they have a good email address and it will be shared and shared again on the internet by these criminal cartels. Do not leave your mail in the mailbox; better still get a post office box and be suspicious of overdue bills because identity thieves also put in a change of address with your bank or creditor to delay you finding out about the identity theft, finally check your credit reports regularly as this is where you will find the first indication that you have been a victim if identity theft. There are some serious and inconvenient consequences of identity theft. It can ruin your credit, it can take years to reverse, employers could refuse you employment, loans could be denied and in some cases you could be falsely arrested.” Advised Crouch

The Risk of Accepting Printed Documents and Emails by Mere Production