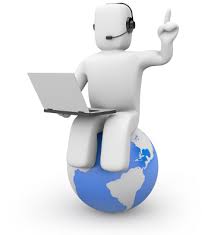 Companies are increasingly turning towards the cloud – the umbrella term used to describe Internet-based computing where data, software, or applications are run and stored online instead of on the user’s machine itself or housed elsewhere on site. It is therefore small wonder that an enterprise-grade phone system that also utilises cloud-based technology is being enthusiastically embraced as well.

According to a survey that was conducted by telecoms market research firm Infonetics, the hosted private branch exchange (PBX) – which is the aforementioned cloud-based, enterprise-grade phone system – and the unified communications (UC) services market will reach $12 billion by 2018, at a projected growth rate of 13% in 2014.

PBX is a miniature telephone network set to work within a company as an in-house telephone system used to interconnect both internal and external telephone networks and extensions in order to minimise cost. Although many PBX systems were set up before the advent of VoIP, many PBX systems are now implementing VoIP services, in order to provide the same cost saving benefits and slash major amounts from users’ phone bills.

“Indeed, the results of the Infonetics survey also indicate that there is a definite shift towards the convergence of data and voice networks,” says Mitchell Barker, founder and CEO of WhichVoIP.co.za, a directory website containing a comprehensive list of South Africa’s top Voice over Internet Protocol (VoIP) and hosted PBX providers. “The Infonetics Research has shown that, while sales of premises-based PBX systems have been stagnant or even declining worldwide over the past few years, hosted PBX services grew by more than 20% worldwide in 2013.”

Barker says this upward trajectory is unsurprising, because hosted PBX holds a myriad of benefits for companies: not just financially, but operationally as well. “From a financial standpoint, the cost saving benefits that your company will reap from this will be almost immediately palpable,” he explains. “For one, since the system is hosted in the cloud, equipment installation – and the initial, often prohibitive costs and headaches associated with that – are instantly eliminated.”

From an operational standpoint, having hosted PBX could not be more simple, Barker says. “Since it is hosted off-site, that means that you don’t have to worry about having room for it or caring for and maintaining the expensive and bulky equipment – which is so large and sensitive, it often requires a dedicated, temperature controlled server room to house it in – or fixing it when it breaks,” he adds. “Also, since it is virtually hosted, and can be accessed from anywhere, it allows users the freedom to work from anywhere and port their numbers with them – it is as simple as unplugging the laptop or desktop and moving it to the new office. Another major benefit is that it can be easily managed from a desktop portal, with a user-friendly interface that all staff will easily be taught to use.”

Speaking of staff, Barker says that is another operational benefit of having hosted PBX. “Most small-to-medium sized businesses (SMBs) do not have the capital for large IT departments where they can have trained technicians on staff to take care of the expensive PBX equipment,” he says. “But since the equipment is not even hosted on your site, it means that you don’t have to waste time having to wait for technicians to come out to you either. With hosted PBX, they have round-the-clock troubleshooting to maintain and fix the equipment to ensure that everything keeps running smoothly.”

In conclusion, Barker says, the main operational benefit of hosted PBX is therefore, hands down, how low maintenance it is for the companies that make use of it.

WhichVoIP.co.za presents a central view of all the credible VoIP, Hosted PBX, and Wireless Connectivity operators in South Africa, taking the guess-work out of who is offering what in the local market. Completely independent and free to all users, WhichVoIP is the premium one-stop information portal for VoIP, Hosted PBX, and Connectivity in South Africa. Those looking to understand and learn more about VoIP and Hosted PBX and get all the latest news in the industry need look no further than WhichVoIP.co.za’s focused forum, blogs, articles, and technical FAQ section. This research and comparison website allows users to extract research on various VoIP, Hosted PBX, and Connectivity providers, comparing these providers in a side-by-side format, as well as browse a comprehensive directory of credible carriers, providers, resellers, PBX partners, telecom consultants, and support organisations.

Stake your claim, the fibre land grab is on!