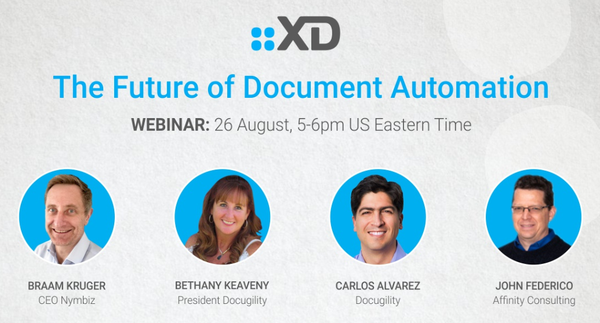 ILTA>On is currently on its fourth day of the 5 day international legal virtual conference. This panel discussion was interesting to me, not only because of the past I have had with document automation (and of course having a brother there helped), but the fact that they are all heavily invested in the document automation business, live it each day and face challenges from both customers, users and their own development.

This panel had people from all over the world – I chuckled at the different local time zones– here in South Africa it was 11PM – so we were a little dopey – I was, Chris Pearson and Braam Kruger looked wide awake (I suspect RedBull or espressos were a staple drink) – then 5PM for the people in the USA and a lot of delegates from Australia just starting their day at 7AM – strange, true and impressive all in one.

Because I am an Ostrich on document automation/document assembly with my head firmly in the sand looking at broad legal technology, I really had no clue that industry rumours existed that say AI and smart contracts would wipe out document automation in the future. The rumours on lawyers being replaced by AI and Smart contracts was included in the question, but I already knew the answer to that! This question kicked off the discussion for the panel.

All panellists gave their view, so this was not biased. Lawyers will not be replaced – however certain aspects of their day to day work will be impacted by the use of AI, Smart contracts and also document automation. Especially commoditised types of business/processes will be affected, and the panel believes that AI and smart contracts might assist the profession rather than do damage, but certainly these technologies will change the way lawyers work – no question.

Then on the question of document automation being replaced – the general consensus was that AI/ML (machine learning) is pattern matching and learning that pattern, which is then implemented into a machine process. Those machine processes could then generate documents, but those documents need to also be in machine language. So again, just like the above, instead of the one wiping the other out, the two seem to have no choice but to work together and complement each other – at least for the foreseeable future.

“Artificial intelligence (AI) refers to the simulation of human intelligence in machines that are programmed to think like humans and mimic their actions. The term may also be applied to any machine that exhibits traits associated with a human mind such as learning and problem-solving.”

“Augmented intelligence is an alternative conceptualization of artificial intelligence that focuses on AI’s assistive role, emphasizing the fact that cognitive technology is designed to enhance human intelligence rather than replace it.”

“A smart contract is a self–executing contract with the terms of the agreement between parties being directly written into lines of code. The code and the agreements contained therein exist across a distributed, decentralized blockchain network.”

It is already happening in due diligence systems. It will continue to spread, where it has large volumes of data to create accurate outcomes. Data is vital and AI (machine learning) lots of it!

Great question this one! Make money – No. Pay enough to absorb the costs and create a clever lead generation funnel – definitely.

As technology continues to evolve, and contracts become more commoditised, you will find that online contract shops will be all over the internet, driven mostly by the small law firms who can move quickly and scramble to improve the leads coming in. Large firms who generally adopt the “wait and see” attitude will be too late to the party – they are also too big and profitable to worry about the small monetary return for the effort. However, large firms could spin off a separate division to wrap and control the lead generation – as long as it could be perceived as separate and not part of the traditional-model law firm.

Right on the money here, as small law firms are already all over this space, as well as technology companies with a lawyer under their wing for law expertise.

Where will document automation be 10 years from now?

Already document automation is pulling data from other aspects of the legal business, either using it to compile documents with workflow or just to produce an agreement or contract – but it is also starting to write back data, or pull data from the documents and push that into other parts of the law firm. No longer just using data, but also contributing. It is all about re-use of information.

This illustrates how document automation is already starting to interact with other parts of the business and in the next 10 years this will accelerate to being one of the integral cogs in the legal business engine.

I was shocked to hear that there are more than 250 document automation solutions in the world market – the general consensus is that a large number of these will be gone in the next 5 years and that the serious document automation providers will prevail.

This panel discussion was hosted by XpressDox, and what I enjoyed was the discussion was always focused at document automation in general and never about their product. Kudos!