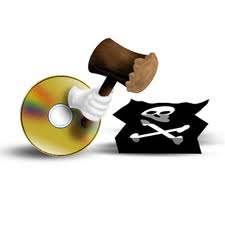 Piracy hinders prosperity. This is the united/resounding message coming from speakers at the Convention on Reducing Software Piracy organised by the Free Market Foundation (FMF) and the Information Technology Association (ITA), and hosted by Microsoft South Africa on Thursday.

The event, which brought together several players in the software industry including the Department of Trade and Industry (DTI), the Computer Society South Africa, the Business Software Alliance (BSA), Microsoft and others, stressed a strong correlation between economic growth and the prevalence of piracy. “Prospering countries curtail piracy. Investors and innovators support countries with economic freedom and secure property protection, moving out of countries where they believe their intellectual property is threatened,” said Leon Louw, executive director of the Free Market Foundation. The latest IDC research shows that there is a direct link between high rates of piracy and poor economic growth,” said Louw.

Mark Reynolds, small medium solutions and partners lead at Microsoft South Africa agrees that piracy makes it very difficult to attract investors to South Africa as a third of all software in SA is pirated. “We are currently investigating over 70 dealers that are involved in counterfeiting our products. To bring this number to life, if each dealer sold 2 computers with counterfeit software preloaded on those machines, that equates to a loss of R4 million a month. We spend time educating our customers, partners and consumers on how licensing works and the impact of piracy, and our anti-piracy division gets the lion’s share of the marketing budget to raise this awareness” said Reynolds.

The Department of Trade and Industry provided an on the Counterfeit Goods Act and the Copyright Act put in place to protect intellectual property, and pinpointed the challenges in enforcing these regulations due to capacity and the need for training. The DTI revealed that the total value of counterfeit goods seized in the last financial year amounted to over R696 million.

Charl Everton, chairman of the BSA and Anti-Piracy lead at Microsoft South Africa said that the industry is working closely with government to educate and enforce policy’s effecting piracy laws. Everton’s “5 step roadmap to reducing software piracy” placed collaboration at the heart of what is needed to decrease piracy locally. “What we need to do in South Africa is lead by example when using original products and while policies are in place, we need to play a strong role in supporting enforcement bodies to bring the culprits to justice. Cross-border cooperation and the promotion of public and private partnerships will increase capacity and awareness about counterfeit goods”.

The greatest hurdle for the BSA and legitimate software vendors is the lack of evidentiary presumptions around copyright ownership, meaning that right holders have to prove ownership in a court of law to protect their property which can be costly. Civil damages are also not serving as a deterrent for those producing counterfeit software, while the criminalisation of end-user piracy in the Copyright Act needs greater clarity. Sunil Geness, president of the ITA, reiterated that the threat of software piracy has immense financial implications for the country and that industry collaboration with government is key. “The ITA works closely with government, reviewing and influencing policy impacting property rights,” said Geness. “The opportunity for piracy is very real but the opportunity to reduce piracy is also very real”.

According to data released by Microsoft late last year, based on the results of a broad consumer survey which asked more than 38 000 men and women in 20 countries around the world about their perceptions of counterfeit software, 80 percent of consumers polled worldwide have a range of concerns about the risks of using counterfeit software, and 70 percent said they believe genuine software is more secure, more stable and is easier to keep up-to-date.