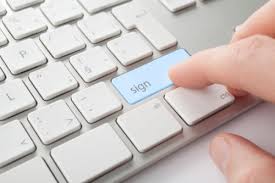 Advancements in technology have modernised the traditional and familiar ways of doing business. Parties no longer have to be in one room or in the same country to conclude transactions. This also relates to the execution and signature of documents, particularly where the signatories are in different locations or countries.

The standard practice, where parties are in different locations, has been to print a document, sign it in ink, scan it and send it to the other parties with a view to collating all the counterparts containing each signatory’s original signature at a later date. However, the advent of ‘electronic signatures’ means one can sign a document ‘electronically’ without having to print it and with no lag time between the signature and collation of documents.

(It must be noted, however, that documents governed by the Wills Act, No 7 of 1953, the Alienation of Land Act, No 68 of 1981 and the Bills of Exchange Act, No 34 of 1964 (that is wills, contracts for the sale of immovable property and bills of exchange, respectively) will be invalid if signed electronically regardless of the type of electronic signature used).

Written signatures conventionally served as acknowledgement of acceptance of the content of a document. From an evidentiary perspective, handwritten signatures also served, and still do, as proof of acknowledgement. The use and authenticity of digital images of a written signature in agreements may be problematic from an evidentiary perspective due to the ease with which scanned signatures can be copied from one electronic document to another, opening the door for fraud and disputes when it comes to the enforcement of an agreement. As such, one should err on the side of caution when using an electronic signature, as it is not without risks. In finance transactions, for example, lenders require assurance and certainty that they would be able to obtain repayment, by the borrower and/or any security providers, of any monies advanced, in the normal course or by foreclosing under any security held. As such it is important that there is no room for any dispute as to the execution (and therefore enforceability) of the applicable documents.

Accounting literacy the key to trusted-advisor status for lawyers