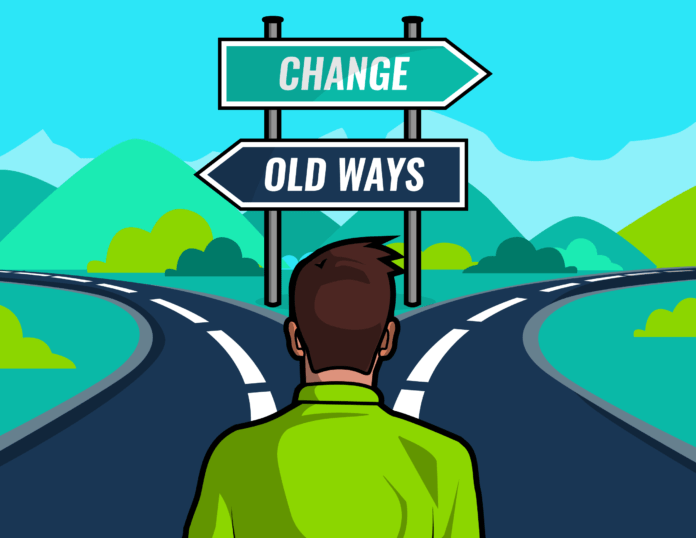 The legal profession, like all other professions, faces a particular set of challenges. When it comes to the South African legal fraternity, some of the more urgent issues are the increase in cybercrime, the need for sustained transformation efforts, corruption in the legal profession, and the need to embrace technological advances. In future articles we will address each of these challenges individually.

According to the South African Banking Risk Information Centre (SABRIC), South Africa currently has the third highest number of cybercrimes worldwide (www.aon.co.za, accessed on 26-07-2019). Ransom threats and theft of money through fraudulent transactions are some of the biggest problems law firms face. The country loses an estimate R2.2bn a year to cyber-attacks. The Legal Practitioners Indemnity Insurance Fund (LPIIF) has been notified of at least 110 cyber-scam related claims, worth over R70m, since July 2016. Aon SA (www.aon.co.za, accessed on 26-07-209), a company that specialises in legal risk management, states that conveyancing attorneys, specifically, are in the sights of cyber criminals.

Aon SA explains that in a recent case the “sellers of a property approached the court for an order that a conveyancing firm be held liable for their losses after they fell victim to a cyber scam, in which they had apparently instructed their conveyancers via email to transfer the proceeds from the sale of their property to a different account. It turned out to be a fraudulent account and the sellers lost R268 348” (www.fanews.co.za, accessed on 26-07-2019).

Such procedures becomes even more important in light of the fact that the LPIIF excludes insurance for cybercrime related claims when theft arises due to negligence. Cybercrime is seen as a business risk, rather than a professional indemnity risk. The LPIIF has suggested separate insurance cover for law firms for cyber risks and commercial crimes.

During the second day of the Law Society’s Annual Conference in Pretoria earlier this year, Johannesburg attorney Lucien Pierce presented on ‘Cybersecurity considerations for legal practitioners: Preparing for when, not if, it happens!’ (www.derebus.co.za, accessed on 27-07-2019). He noted that law firms are like gold to hackers because of the sensitive information they keep.  He also referred to international incidents, for example, during the period of 2011 to 2015, 80% of large United States law firms had a cyber or data breach. Pierce added that all firms should be vigilant when it comes to cyber security and suggested five basic steps that firms should implement, namely, (1) make sure someone is responsible for cybersecurity, (2) assess your risks, (3) set up safeguards, (4) select reliable and secure service providers, and (5) focus on continuous improvement.

One of the most pressing problems in this regard is the fact that there are still very few lawyers who service townships and rural settlements. The few that do exist generally have poor resources. Further, disadvantaged law graduates still experience difficulty in entering the legal profession and establishing themselves as successful practitioners.

In the Transformation of the Legal Profession Discussion Paper, government also highlights the fact that the broad middle class of South African society is not able to afford the fees which practising lawyers charge.

Factors that prevent people from accessing the legal system, and which contributes to a negative public perception of the legal profession include the high cost of legal services, the legal profession’s lack of representivity, the uneven geographical distribution of lawyers, the lack of recognition of the role played by paralegal practitioners, lack of information about the availability of legal services, the intimidating image which lawyers have, limited small claims court services, the lack of legal insurance schemes, the limited effectiveness of the state legal aid scheme, and failure on the part of many lawyers to provide any community service (www.gov.za, accessed on 25-07-2019).

According to Business Insider SA (www.businessinsider.co.za, accessed on 26-07-2019), the report illustrates that the respondents have little faith that their law firms are getting to grips with bullying and harassment in the workplace. Further, it seems that bullying is a problem across the board in South African firms. Business Insider SA reports that “bullying is common in South African legal workplaces,”, with nearly 42% of males saying they have also been bullied.

Further, only 42% of South African respondents said they had confidence in those responsible for handling their complaints, and only 7% of legal professionals had undergone relevant training. This ranks South Africa as amongst the worst in the world when it comes to bullying and sexual harassment in the legal workplace.

It can be argued that misconduct and corruption on the part of legal practitioners is still not adequately investigated and acted upon. The recent case of Seth Nthai’s reinstatement to the role of advocates has given rise to considerable public concern and debate within the legal profession. Nthai had solicited a R5m bribe from claimants in an international arbitration over mining investments in South Africa, in which he was representing the South African government.

According to Business Day (www.businesslive.co.za, accessed on 26-07-2019) , Nthai’s fall from grace came as a shock to those in the legal fraternity. He was an esteemed advocate and deputy chair of the General Council of the Bar at that stage. He was the first black chair of the Pretoria Bar Council and a former chair of Advocates for Transformation (AFT). He also served as a member of the Judicial Service Commission and had acted as a judge. Politically, he acted as an ANC MEC in Limpopo at the advent of democracy.

Nthai’s application for re-admittance was opposed by the Johannesburg Society of Advocates, the Pretoria Society of Advocates and the newly formed SA Legal Practice Council, as the associations believed he was still not fit and proper to be readmitted to the profession. The High Court, on the other hand, stated in its judgment that readmittance was about giving Nthai a second chance.

During the second day of the of the Law Society’s Annual Legal Conference (www.derebus.co.za, accessed on 27-07-2019),  National Director of Public Prosecutions, Shamila Batohi echoed public concerns with regards to corruption in the legal profession.  She stated that the culture of integrity has been strained to the breaking point, and the rule of law has been tarnished almost beyond recognition. She added that revelations continue almost daily about ‘state capture’ and endemic corruption implicating both those in government and business. She adds that “I have been especially shocked and deeply saddened by the allegations of corruption against persons tasked with prosecuting South Africans, and protecting our public institutions, including the National Prosecuting Authority”.

It remains unclear how the culture of corruption will be adequately addressed. What is clear, however, is that the public’s negative perception of the NPA and other legal public institutions is warranted. Building the public’s trust will be a massive and long-term endeavour.

Technology and Law Firms of the Future

Slow to change, law firms are steeped in traditions and hierarchies arising from history and professional ethics. According to Emmie de Kock (www.derebus.org.za, accessed on 27-07-2019), the legal sector is generally notorious for playing catch up with technological advances or following sharp business trends.

In order to continue to grow, law firms will have to adapt and embrace technology.

De Kock (www.derebus.org.za, accessed on 27-07-2019) states that the fourth industrial revolution will be characterised by a fusion of technologies that will blur the lines between the physical, digital and biological spheres. It is generally accepted that by 2020 technologies could be dominated by Artificial Intelligence, big data and robotics.

However, the fourth industrial revolution should not be lamented. These technologies can make legal research faster, prepare documents, automate communication with clients, and use data more effectively. It can save time and cost for legal practitioners and clients. It is therefore necessary to pro-actively pursue the opportunities that innovation discloses.

De Kock also highlights the so-called ‘uberisation’ of law firms (www.derebus.org.za accessed on 27-07-2019). Following Uber’s business model, it refers to a model in which services are offered on demand through direct contact between customer and supplier, via mobile technology. Such a model will make it possible for firms to offer legal services based on a ‘legal practitioner on demand’ model at lower rates.

With regard to legal technologies, Jackie Nagtegaal (www.futureslawfaculty.co.za, accessed on 26-07-2019) has compiled a useful and detailed guide titled ‘How the Fourth Industrial Revolution is Shaping the Practice of Law’. In this guide, Nagtegaal identifies the most important tech trends for lawyers, law firms and the legal industry and suggests that those in the legal fraternity should pay close attention to the disruptors, the technological advancements and the shift in society to ensure relevance of practice, but also, fundamentally, aid society in answering new questions on rights, regulations and ethics.

As mentioned, the fourth industrial revolution will bring about interesting and time-saving features. We’ve previously highlighted a study by LawGeex in which it achieved an average 94% accuracy rate at surfacing risks in Non-Disclosure Agreements (NDAs), one of the most common legal agreements used in business. This compares to an average of 85% for experienced lawyers. The study pitted the LawGeex’s AI solution against 20 US-trained top corporate lawyers with decades of experience in reviewing NDAs.

Pres. Cyril Ramaphosa, in the State of the Nation Address earlier this year, also weaved into his narrative the role that technology will play in improving and providing services to South Africans as we head into the 4th Industrial revolution. Ramaphosa spoke, in detail, about gearing government towards digitisation. Some of the practical steps he mentioned were already implemented last year, with the ICT Commission and the consolidation of the Department of Communication. Ramaphosa went one step further during SONA by also pledging to create the Presidential Commission for the 4th Industrial Revolution.

As Nagtegaal (www.futureslawfaculty.co.za, accessed on 26-07-2019) argues, emerging technologies are transforming our world and provides a huge opportunity for organisations to leap ahead of their peers. The time to act is now, whilst huge opportunity remains in play.