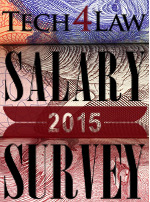 It has been a long time coming, lots of begging and pleading and many, many reminders, but at last we have enough feedback to publish a reasonable guideline for legal secretary salaries in South Africa. Many thanks to all 458 respondents, without you the profession would be in the dark on secretary salaries.

Before we start, I know there is an ongoing debate on the designations terms for paralegal and legal secretaries, but for simplicity sake we have standardised on legal secretaries for this and forthcoming results on the 2015 Legal Secretary Salary Survey. Salaries mentioned in this report are total salaries before deductions and tax.

The top super-efficient secretaries
On the secretaries who processed more than 36 matters per month in the Johannesburg and Pretoria area, 75% of them have more than 21 years’ experience and the exact same 75% have typing speeds of higher than 81 words per minute. Also interesting to note here is that most of these efficient secretaries come from firms that have less than 6 partners! Salaries for these folk ranged from R14 000 (25%) to R35 000 (37%). Almost 2/3rds of these secretaries are from the conveyancing sector.

In Cape Town, the super-efficient secretaries are more plentiful – 40% more than Johannesburg and Pretoria. 50% of these people have 21 years’ experience and the average salary was between R10 000 and R30 000 with the majority earning between R18 000 and R20 000 per month. The firm size for the majority of these participants (75%) is 16 or more partners.

There wasn’t enough data for us to extract a similar pattern from Durban, the only fact worth sharing is that the maximum salary for these super-efficient secretaries did not exceed R18 000.

All the above facts were based on the secretaries needing zero supervision from their boss.

The average salary for half-day secretaries for the entire country (as there were not enough respondents per region to get reliable data) was R11 288 per month.

Below is the graph to illustrate the above averages per region. 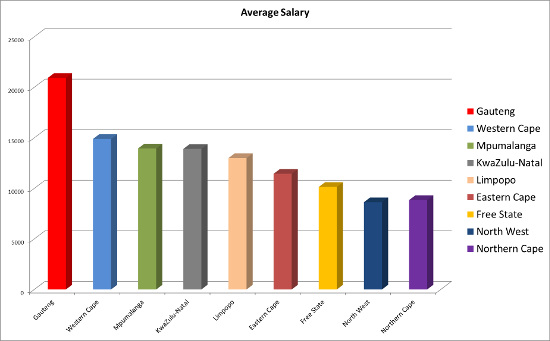 There will be more detailed analysis of the survey in the coming editions of Tech4Law, there wasn’t enough time to do a detailed report, and it would be too much data to process in one huge article. If anyone has ideas on what short of statistics they would like to see from the survey, please drop us a note below and we will include it in the next report.

Please note that these results have been submitted by respondents in the profession and Tech4Law cannot be held responsible for the accuracy of the data, we merely gather the information and report the results back to the profession.

Are Legal Secretaries the Key to Increased Law Firm Profitability?

The Paralegal Profession is not Doomed!

How To Manage Emails for an Efficient Workflow