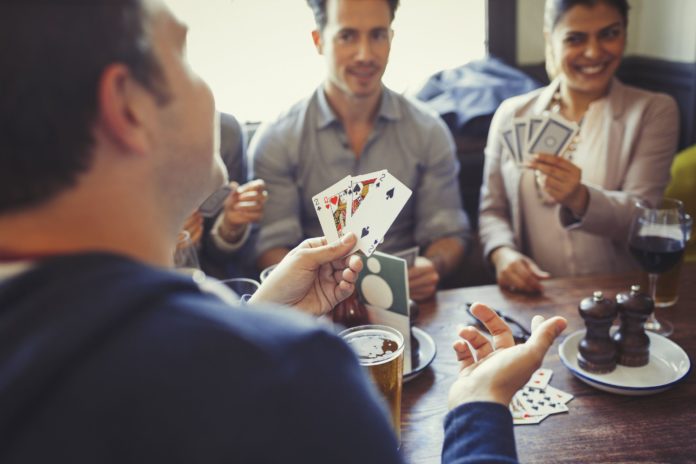 Two couples were playing poker one evening. John accidentally dropped some cards on the floor. When he bent down under the table to pick them up, he noticed Bill’s wife Sue wasn’t wearing any underwear under her dress!

Shocked by this, John upon trying to sit back up again, hit his head on the table and emerged red-faced. Later, John went to the kitchen to get some refreshments. Bill’s wife followed and asked, “Did you see anything that you liked under there?”

Surprised by her boldness, John courageously admitted that, well indeed he did. She said, “Well, you can have it but it will cost you £500.”

After taking a minute or two to assess the financial and moral costs of this offer, John confirms that he is interested.

When Friday rolled around, John showed up at Bill’s house at 2 p.m. sharp and after paying Sue the agreed sum of £500 they went to the bedroom and closed their transaction, as agreed. John quickly dressed and left.

As usual, Bill came home from work at 6 p.m. and upon entering the house, asked his wife abruptly. “Did John come by the house this afternoon?”

With a lump in her throat Sue answered “Why yes, he did stop by for a few minutes this afternoon.”

Her heart nearly skipped a beat when her husband curtly asked, “And did he give you £500?”

In terror she assumed that somehow he had found out and after mustering her best poker face, replied, “Well, yes, in fact he did give me £500.”

Bill, with a satisfied look on his face, surprised his wife by saying, “Good, I was hoping he did. John came by the office this morning and borrowed £500 from me. He promised me he’d stop by our house this afternoon on his way home and pay me back.”