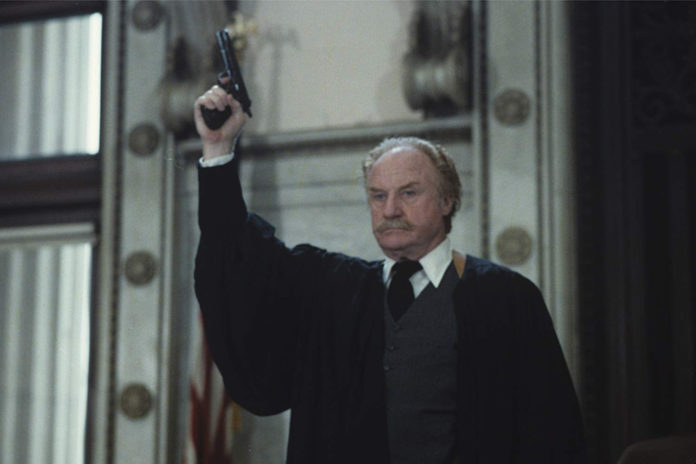 Judge Rayford:
Mr. Kirkland you are out of order!

The above is the dialogue from the 1979 feature film entitled “And Justice for All” – the context of this famous odd black comedy scene is the trial of a Baltimore Judge – the Right Honourable Henry T. Fleming – on trial for the rape of a woman, where ethical lawyer Arthur Kirkland (played by Al Pacino) has been retained to defend him. The fact that Judge Fleming and lawyer Kirkland despise each other is an open secret, and so Judge Fleming foolishly believes if lawyer Kirkland is prepared to represent him, it would mean he is simply innocent of the charge of rape.

“And Justice for All” raises the question (way back already in 1979) of whether anyone is safe with the way the law – and lawyers – work? Apparently not unless you have a clone of Arthur Kirkland in your corner, or the until Bar Association upholds a complaint of unethical behaviour against your clone. What the film also points out, with a WW2 anti-aircraft searchlight, is the pursuit of justice has been distorted by money and power.

Can one really act fairly for a client one despises? Can one overcome such a crisis of conscience?  Back in 1997, when I was doing my articles of clerkship, I acted on a legal aid brief where three blokes in their early twenties were accused of gang raping a teenage girl. I will never forget how I went to consult with them at the Simonstown Magistrate’s Court holding cells, and how they laughed, when telling me what they had done to her. I was young back then – 26 years old – and I was truly sickened by them and so I told them:

“Oh, so you think this is funny, you think this is a big joke, well screw you guys, I’ll show you funny”, and so I trotted off, enraged, to the Magistrate’s office and explained to him – while he was reading the newspaper with his feet up on the desk – I couldn’t act for such scumbags and I would be withdrawing as legal representative of record.

He mumbled in Afrikaans:

“If you withdraw, I will report you to the law-society and ask them to strike you off the roll”, to which I replied in English:

“Go for it, Sir, I am not even on the roll yet. So, good luck to you”, and then turned on my heels and left.

Fast forward twenty years, and probably three thousand clients later, some of whom in the early days of my career when I had just started my own law-firm at the age of 29 years of age – where I couldn’t really pick and choose – because I was chasing the buck and trying to get on the up and up – I took on certain detestable client cases, buried my personal feelings for them and acted for the scumbags, just as long as the scumbags paid.

And so, we now find ourselves, in the year of our Lord 27 January 2020, with a new crisis of conscience and confidence, with scandalous behaviour alleged against certain high-up-on-the-food-chain members of the Western Cape High Court Bench, and we too like Arthur Kirkland ought to ask ourselves: