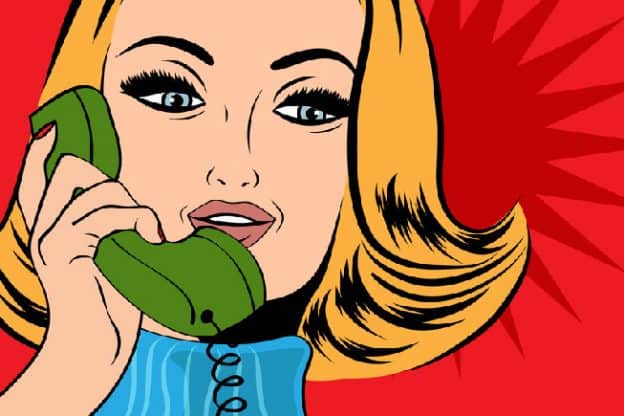 How far down on the food chain would you go to make a living? Street-sweeper? Postman? Garbage truck man?

How about, if I told you, you could talk crap on the phone to complete strangers and get paid for doing it?  And I’m not talking about being a lawyer here.  Although being a lawyer and doing this job do have some obvious similarities. Allow me to explain.

I had a client about twenty two years ago, when I was still doing my legal training articles of clerkship.  This bloke had been arrested for being in possession of around R 30,000 in counterfeit postal-orders.  Now R 30,000 back then in 1998 was big bucks.

Now, this bloke was a vibrantly colourful character for a Jewish bloke, most of whom are your stock-standard upstanding males – the good old staple of: doctors, or if they are slightly retarded – lawyers, or if the they are completed brain-dead – accountants, or if they are criminally minded schlenterers – bankers, or if all else fails and daddy’s business goes belly up – entrepreneurs.

My client was more straight-up about his job – he was simply in the business of crime.  Yet, it’s a business nonetheless.  It has its own unique formula, brand and business-model.  The upside is: low start-up costs, being able to work from home, being self-employed, having flexi-time working hours, no additional employees required, little or no stationery requirements – as it’s best not to write anything down which could later sink you when it’s used in evidence against you in a criminal trial.  There is also no need for any sophisticated electronic computer or internet banking systems.  There are real business risks of course – a possible lengthy prison term, possible large amounts of violence being doled out against you by your not-so-nice competitors or, in some parts of the world, a death sentence upon conviction in Court.

Well, my very nice Jewish client, let’s just call him “Frankie”, was into growing, dealing in and smoking massive quantities of dagga, and then taking hallucinogenics to open his mind, to find his inner-self, yet clearly to obliterate the conscious reality of the terrible trade he was involved in.

He told me something really funny one day, while we were having a coffee, right after we’d finished up with criminal Court for the day to get his counterfeit matter remanded for written representations for a complete withdrawal of the charges against him.

‘So the other night, I was like really spaced out my bru, and I called up this chatline and I spoke for what felt like 3 hours.  And because I was so stoned, I just couldn’t come.

“Frankie, you’re very sweet and all, and us girls have really had a lovely time and so much fun speaking with you, but are you close my darling, because we don’t have any girls left for you to talk to.  I’m so sorry darling Frankie, but you must finish now, please.”

‘So I’m like really really close, but I tuned her the odds:

“Listen here Mrs Macron, I’m the customer you know, and seeing I’m paying, I’ll decide when I’ve had enough.  So, just bring on the next lady”.

“Frankie darling, it’s now 3am and there are no news girls left here.  Unless you want to talk to one of the same girls again”.

So she said: “Frankie darling, like I said, there’s no one else here and you’ve spoken to all our girls already.  And it’s really late and, unless you want to talk to any of them again, they all really want to go home now”.

“Well Frankie, I’m not sure why you’re asking me that, but yes I do have a dog.”

“Good then, Mrs Macron. Put the dog on the line”.