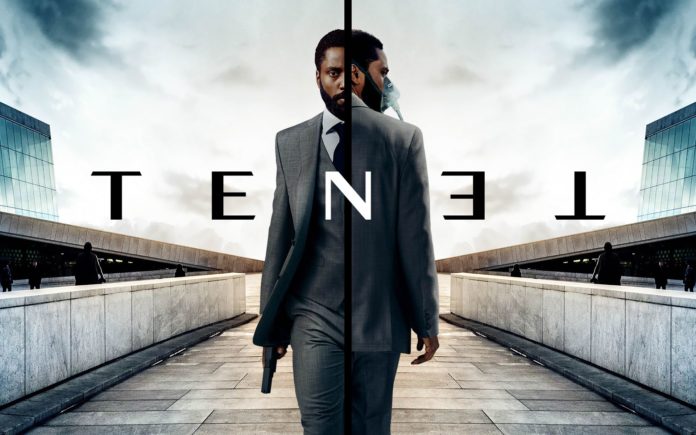 Christopher Nolan – the British born film director of blockbuster movies such as Inception, three Batman films (Batman Begins, Dark Knight and Dark Knight Rises),  and Interstellar, with a personal net worth of US$ 200M, thirty four Oscar nominations and ten wins under his belt – completed production of his latest feature film entitled “Tenet” earlier this year.  He was ready to release it until the shekels fell down on him like manna from heaven.  And then sadly, the thing called “corona” came along and put his and our world on hold.

Tenet’s release was delayed three times on account of cinemas being closed to the public. With a break-even of US$ 500M, one can see why Nolan delayed release. Not that he was at any personal risk, because the studio Warner Bros. stumped up the cash, banking on Nolan’s piece to deliver as, over the past decade of one commercial success after the next, he’d earned their good will.  But as fictional TV series gangster patriarch Tony Soprano used to say: “you’re only as good as your last envelope”.

The Guardian – the lefty British newspaper and apparent spin-master of all things anti-Trump, Johnson and all “right-wing” contemporary world leaders got one of its arts and entertainment writers – trained film editor and professional film-critic – Catherine Shoard, to go watch the film and write a review. She had this to say:

“Tenet is not a movie it’s worth the nervous braving a trip to the big screen to see, no matter how safe it is. I’m not even sure that, in five years’ time, it’d be worth staying up to catch on telly. To say so is sad, perhaps heretical.  But for audiences to abandon their living rooms in the long term, the first carrot had better not leave a bad taste”.

Caustic in her criticism – definitely. Honest – 100%. Will she be slated by the big players in the industry – without a doubt.  Does she care – not one bit.

Hollywood is tickets anyway. I read an article about Hollywood and the surrounding L.A. middle class areas being on the verge of a post-corona societal apocalypse. All the rich and famous movie industry people are apparently leaving L.A. for places such as Texas, Tennessee, and the US East Coast – with Tinseltown imploding into a cesspit of marauding drug addicts, the poor and criminals. Some blame liberalism. I say no ways.  Even the open air Gold’s Gym area on Venice Beach, where unknown Austrian bodybuilder Arnie “I’ll be back” Schwarzenegger was filmed training for Mr Universe, has become a third-world crap-hole filled with makeshift tents populated by the homeless. “For Sale” signs are strewn all over multi-million-dollar properties on middle class suburban streets.

So, if the US is imploding, where does this leave South Africa? Stuck I suppose. And let’s not even go into politics. At current exchange rates of R 17.20 to the US Dollar and R 22.50 to the Pound, we’re all apparently well rogered. A successful property developer client – now having an awfully hard time collecting rentals during corona – recently told me that R 1M is now worth £ 44,000. That’s scary sh*t. What do you get in the UK for forty-four thousand pounds – well you can buy a semi-detached 3- bedroom house in Bristol for around £ 330,000 (or R 7.4M) just to put things in perspective. A two-bedroom apartment in London will set you back £ 1.1M (or R 24M).

There are now about 13,000 Jews left in the Islamic State of Iran. This is way, way down from 125,000 Jews before the 1979 Islamic Revolution. Apparently, these Jews are happy to remain in Iran because they are free to live their lives and practice their religion, and also because their soft currency money goes a lot further in Iran. The cost of a prison sized apartment in Tel Aviv could buy them multiple houses in Tehran.

Arranged marriages account for half of all worldwide marriages and the global divorce rate for arranged marriages is just over 6%. Yes, some of these marriages do end in suicide and murder. But the longevity is perhaps borne out of mutual dedication and not based on sex or lust. The divorce rate in South Africa is 44%. And in the end, sex and love usually go out the window.

There will be no new world order post-corona; no catharsis. I’m sticking to keeping hold of what I have and dealing with realities and not putting my head in the sand. Each morning when I wake up and I look left at my wife, I think of Borat because – for just a split second – she reminds me of Pamela Anderson in Baywatch with golden hair, teeth as white as pearls and the arsehole of a seven year old.