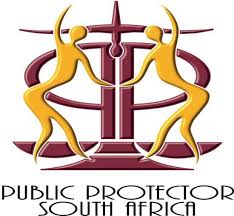 Freedom Under Law (FUL) is dismayed but not surprised to learn of the Public Protector’s findings in respect of Mr Ivan Pillay’s early retirement and Minister Pravin Gordhan’s authorisation of the retirement. The matters canvassed in the Public Protector’s report are the exact same matters as those which frame one of the most notorious episodes in the National Prosecuting Authority’s history – the decision to charge and then ultimately ignominiously withdraw charges against Gordhan, Pillay and former SARS Commissioner, Oupa Magashula.

This attempt to reheat a long cold dish and serve it up to the public as evidence of wrongdoing is on its own alarming. But that the Public Protector releases her report a mere two days after receiving responses from the implicated parties – failing to meaningfully engage those responses – makes a mockery of the most basic tenets of justice.

She does so in a week in which a court has found in respect of another of her investigations that: “the Public Protector did nothing to assure the public that she kept an open and enquiring mind and that she discovered, or at least attempted to discover the truth.”

With this her latest report, the Public Protector yet again makes no pretence of what she is about.