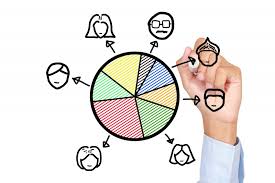 The continued outcry from various members of the legal profession and other stakeholders regarding the uneven distribution of legal work among advocates and attorneys, prompted the Law Society of South Africa (LSSA) to host a Summit on Briefing Patterns in the Legal Profession on 31 March 2016. Members of the legal profession and other stakeholders came together to discuss the lack of progress in addressing the persistent exclusion and marginalisation of certain legal practitioners in the attorneys’ and advocates’ professions. The Summit’s main objective was to “find solutions” to the perceived discriminatory practices. The focus on identifying solutions was significant as members of the legal profession; especially those who suffer from various forms of exclusion, have become weary of what is viewed generally as endless ‘talk shops’ on transformation of the legal profession. We were thus very cautious when hosting the Summit not to duplicate another form of a dialogue without any tangible outcomes.

We are proud to report that the Summit resulted in a hands-on Action Group which comprises of representatives of the attorneys’ and advocates’ professions, the big law firms and the Department of Justice and Constitutional Development. The Action Group meets on a monthly basis.

The progress made by the Action Group includes collating information on how national Government departments and state-owned entities distribute their legal work to legal practitioners. The information received indicates that:

In other instances, there are Government departments and state-owned entities that only make use of the services from big law firms, a few black advocates and a limited group of white advocates. The Action Group has ascertained that a firm’s BBBEE status is important to Government departments when deciding whether to give them work or not.

There is a small, select pool of black law firms that receive work. The bulk of the lucrative work goes to well-established law firms. The majority of law firms do not get work because they are not on the list of service providers/database of various Government departments and state-owned entities.  Some law firms are on the database/panel but never receive work.

Support from the judiciary

The Action Group has sought and obtained the assistance of Judges President of various divisions of the High Courts to document statistics on legal practitioners who appear in their courts in both civil and criminal matters.

At the National Efficiency Enhancement Committee meeting chaired by Chief Justice Mogoeng Mogoeng on 30 March 2017, the Chief Justice expressed his support for the initiative. He sees the fact that black and women practitioners do not get the opportunity to develop their skills, as a huge problem. At the Constitutional Court, high level work did not appear to be going to black and women practitioners.

The Chief Justice said that Government and state-owned enterprises seem to prefer to appoint white practitioners, especially at senior level. Bias must be overcome and clients must be encouraged to change briefing patterns.

He added that, even small achievements must be celebrated. That is why all efforts to change are necessary.

The Action Group has facilitated applications for funding from the SASSETA for, inter alia, the provision of stipends to pupil advocates, candidate attorneys and the funding of development courses.

The challenges confronting the Action Group concern a lack of cooperation from certain Government departments, state-owned entities and the business sector. The Action Group is exploring alternatives including the use of the Promotion of Access to Information Act 2 of 2000 to have access to the information required.

The Action Group members reaffirm their commitment to discharge the mandate that has been given to them by delegates at the Briefing Pattern Summit on 31 March 2016. However, they also emphasise that the solutions to address the challenges facing the legal profession require a concerted contribution from all stakeholders, including clients.