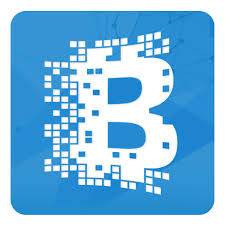 Blockchain technology is highly diverse and can be applied in a variety of instances. It is best known as the technology that underpins and facilitates Bitcoin and other crypto-currencies. In essence, a blockchain is a computer protocol that enables the storage of assets and facilitates the transfer of those assets.

These assets can be anything from random pieces of information, to complex settlement instructions. In short, blockchain uses a peer-to-peer, decentralized model where machines, people and companies are directly connected without being routed through a central server or intermediary.

Blockchain allows assets to be transferred between parties who do not trust each other without the need for an intermediary or central authority. Ordinarily, if two people wish to send and receive money electronically, a bank is needed to manage the transaction. The bank functions as an intermediary and ensures that the transaction is settled. This leads to even the most basic transactions taking time and costing money in the form of fees and other charges.

The full spectrum of uses for Blockchain is not yet fully understood, but certain key areas of application have been identified and the technology is already in use in some cases.

While stock exchanges are able to instantly match trades in securities between parties, settlement takes time, mainly because of the string of intermediaries including clearing houses and central securities depository participants (CSDPs) are required to process a given trade. If securities were traded on the blockchain, it is envisaged that trades in securities could be processed on a second-by-second basis and at a very low cost to the parties. This has massive implications for the way global markets operate.

Blockchain technology could be used to streamline corporate governance, in particular in relation to board and shareholder voting procedures. Corporate governance rules (such as notice periods, proxy rules, quorum, super-majority voting matters, etc.) could be programmed onto a blockchain and made to operate autonomously. Votes could be cast electronically and all shareholders or directors notified once the necessary majority is reached.

The potential use of blockchain technology in the record keeping and data security fields is vast. This is because blockchain does not require the source document or information to be input into the ledger directly. A process known as hashing allows information to be distilled into a derivate form which is a unique address – essentially a long list of numbers and letters (called a hash). A slight change (even to a comma or full stop) to the underlying information would result in the hash that is produced for the amended information being completely different to the hash previously produced. Two hashes can then be hashed together to form a new hash, which can be hashed with a hash produced from the hashing of two other hashes which stem from different source documents and so on (forming a Merkel Tree). Through this process, any number of pieces of information can be distilled into one, immutable piece of information (a hash derived from other hashes) which is then used as an input into blockchain. Hashes can also be time stamped, allowing for extremely accurate record keeping.

The above process has many applications. Universities such a MIT, for example, are using the transparency that blockchain provides to eliminate forgery of degree certificates and transcripts. In addition, Sony recently announced that it has developed a blockchain-based application to store educational data.

“Smart contracts” allow people to agree to a certain process which will happen automatically upon certain conditions being fulfilled. Once the defined conditions (which could be binary or otherwise) are fulfilled, the contract is enforced immediately and without the potential for either party not to perform. In the insurance industry, for example, sensors built into a geyser could notify an insurer when the geyser bursts, triggering the placement of an order for a new geyser with a preferred service provider and the payment of the deposit for the installation of it.

Smart contracts could also provide viable solutions to the costs involved with word processing of what are otherwise rote legal documents. Standard form International Swaps and Derivatives Association (ISDA) documentation is another sphere wherein the possibilities for developing smart contracts founded in blockchain technology are vast and are expected to lead to significant transactional savings and expedite the process by which parties implement closings. Barclays, which is at the forefront of blockchain development in financial services has recently demonstrated its smart contracts platform through the execution of an over-the-counter (OTC) derivative trade.
Real estate transfers

The real estate market thrives on the fact that it takes time for the proper documentation evidencing title of a piece of property to be put in place and for such property to be transferred. Pending such transfer, funds are commonly held in escrow which attracts a fee. Imagine a system that uses a blockchain to store a particular piece of property’s entire history – past changes in ownership, repairs having been carried out, crime statistics, electricity usage – all providing a potential purchaser with an immutable record of all relevant information regarding the property in question. More transparency means more information for purchasers, which facilitates a better negotiation process. Certain deeds offices globally (in Honduras, for example) are already adopting the use of blockchain technology to streamline and improve the processes that they operate.

This can be extended to changes in ownership of shares or businesses. A similar system could provide information on the shares in a particular company, which would have a marked effect on the types of representations and warranties which are currently market standard for contracting parties to provide.

While primary use cases and early adoption in the financial services sector are centred on bitcoin and other crypto-currencies, various other industries are already using blockchain technology on a day-to-day basis. In fact, the most exciting potential uses for blockchain lie outside the arena of crypto-currencies.

Questions regarding how different blockchains will be seamlessly integrated into the existing financial markets landscape and whether the technology is truly scalable, are already topical. In addition, the decentralised nature which is at the core of blockchain technology, poses further questions with regard to competition law, as well as which global regulators will (and will not) have jurisdiction over transactions implemented on a blockchain.

Regulators, policy makers, financial institutions and companies across sectors are being increasingly moved to keep up with trends and developments in blockchain technology. We anticipate that there will be an assessment of the existing regulatory framework in various African jurisdictions to ensure that blockchain is properly regulated in the interests of ensuring the fair treatment of parties who use the technology.