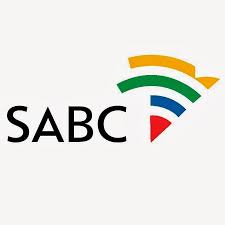 The Law Society of South Africa (LSSA) adds it voice to the calls for an investigation into the fitness of the Board members of the SABC to hold office in the public interest. ‘We believe that the arrogant and irrational actions by the SABC Board in appointing Hlaudi Motsoeneng to another position within the SABC, disregard the remedial action recommended by the Public Protector.

The findings by the Public Protector against Mr Motsoeneng remain binding until such time as they are challenged in and set aside by a court of law. This has not been done yet and the SABC Board is breaching its fiduciary duties in addition to appearing to be contemptuous of the Rule of Law, as well as of the Constitutional Court judgment in the case of Economic Freedom Fighters v Speaker of the National Assembly and Others; Democratic Alliance v Speaker of the National Assembly and Others,’ say LSSA Co-Chairpersons Jan van Rensburg and Mvuzo Notyesi.

The LSSA  further notes, with serious concern, that  Communications Minister Faith Muthambi has been silent and has taken a back seat throughout  this controversy in the face of the contemptuous  behaviour  by the SABC Board.  ‘We call on the Minister to show leadership and take the appropriate decisive action in accordance with her political responsibilities.  We will further engage with both the Minister and with the relevant state functionaries on the matter. A credible public broadcaster is key to our constitutional democracy as is the underlying principle of transparency,’ say Mr Van Rensburg and Mr Notyesi.

ISSUED ON BEHALF OF THE CO-CHAIRPERSONS OF THE LAW SOCIETY OF SOUTH AFRICA, JAN VAN RENSBURG AND MVUZO NOTYESI