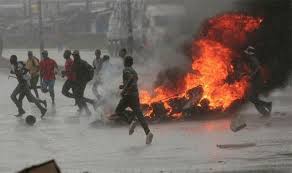 The Law Society of South Africa (LSSA) is deeply concerned about developments in Zimbabwe and it urges the Zimbabwean government to normalise the situation immediately.

Chaos erupted when the country’s citizens held a three-day shutdown sparked by the government’s announcement of its drastic 150% fuel hike.

Video footage of the riots and disorder were shown to the world through social media sites which led to the Zimbabwean authorities issuing a directive for a total shutdown of the internet until further notice.

There is currently a High Court application brought by Zimbabwe Lawyers for Human Rights and the Media Institute of Southern Africa (Zimbabwe Chapter) challenging the government’s shutdown of the internet.

‘Citizens have the freedom to assemble peacefully without fear of violent arrest or death. We also strongly support freedom of expression and believe that internet shutdowns cut off access to vital information. An internet shutdown does not restore order; it does the contrary. It disrupts the free flow of information and hides human rights abuses from the public,’ say LSSA Co-Chairperson Mvuzo Notyesi and Ettienne Barnard.

There have also been reports of unlawful and violent arrests of citizens who participated in the protests. We urge all parties to refrain from violence.

Mr Notyesi and Mr Barnard add: ‘We stand with our Zimbabwean colleagues who are defending the Zimbabwean people’s freedoms both through the High Court application and in courts throughout the country where people may have been unlawfully arrested.’

ISSUED ON BEHALF OF THE CO-CHAIRPERSONS OF THE LAW SOCIETY OF SOUTH AFRICA,
MVUZO NOTYESI AND ETTIENNE BARNARD