Economy – The KZN in government has ambitions to bulk-buy for spaza shops: socialist drivel from a bunch who cannot properly distribute condoms.

Rationality in retreat: the upcoming elections do not serve as a platform to establish a rational and sustainable economic policy framework; exemplified by the Sacci Business Confidence index.

Stats SA forecasts a full-year growth rate of 1.4%: if our moribund economy achieves this it would be virtually twice that of the past year! A modest miracle in the making?

One wonders; new car sales, that predictor of economic confidence, is expected to remain muted for the first six months. Slightly more reassuring is a modest pick-up in light commercial vehicle sales.

Sin tax: those who smoke and drink, sin and are taxed. Churches (NPO’s), broadly speaking, are taxed only indirectly, because they do good? From own experience I know that the percentage of church income spent in doing good, is minuscule. Perhaps the way to encourage pastors to uplift would be to give generous tax rebates on tangible societal spend rather than a blanket income tax exemption?

The mere fact that our government is considering compulsory investment by retirement funds in SOEs or similar, is an indication of its desperation to fund policies which cannot be maintained with its current income. There is no doubt at all that, when faced with the possibility of investing in dead-duck ventures, irrespective of their social desirability, no one in his right mind will continue putting money into retirement funds. In fact, even considering such an option is rooted in desperation or moronic socialism.

My son is an economist. I have often wondered why I am not wealthy owing to him presumably able to predict currency swings and the like. This is the reason: https://foreignpolicy.com/gt-essay/the-end-of-economics-fareed-zakaria/

A Times article on the Edcon debacle placed the blame on the use of foreign debt for a leveraged buyout in South Africa (think volatile currency) as central to the problem. It appears that the owners were warned, at the time, that the cash produced by Edcon not be sufficient to pay the debt. To heck with hindsight – even foresight did not help. The CEO saying this probably predicts his leaving?

It is incontestable that nuclear power stations avoid most of the problems of other sources of power such as intermittency and pollution. The problems associated with nuclear power is cost and risk. These can possibly be avoided; take a look: https://www.knowablemagazine.org/article/technology/2019/nuclear-goes-retro-much-greener-outlook

Happy at work? If not, its your fault; take a look: https://www.ted.com/talks/shawn_achor_the_happy_secret_to_better_work?rid=wRtzINpAHLor&utm_source=recommendation&utm_medium=email&utm_campaign=explore&utm_term=watchNow

SAP stuff up: the capital city of KZN is about to abandon its adventure with this accounting system following on the chaos within. I have no doubt that the difficulties lie not in the software but in the implementation of training and the will to enforce. The fact is that transfers of Pietermaritzburg properties will not happen quickly – unless you consider a bribe. No, don’t even think of asking me.

Land grabs are the order of the day. I have little doubt that those who govern us are incrementally losing the battle for the retention of private (land) property, owing to the pressure for accommodation by the landless. Something has to give and, once respect for ownership is lost, chaos will reign. A hefty chunk of those in parliament support such actions and the wrongfulness thereof is increasingly watered down.

The Ingonyama trust chairperson says that the PTO system in KZN is an apartheid racist system: this form of tenure is meant to prevent black people from advancing economically as such rights cannot be registered in the Deeds Office as opposed to a lease. Interestingly, the board does not have any intention to do away with such PTOs but wishes to use leases in order to generate income. The fact is that those in residence under PTO rights will, at some point, have to start paying rental/rates.

A note by Maree drew attention to short-term (think Airbnb) rentals of sectional units which are often problematical. Part of the solution is to ensure that rules preventing/regulating such use should be inserted as management rules (which if adopted requires a unanimous resolution) rather than conduct rules.

A Krugersdorp magistrate questioned whether a magistrate could order compulsory inpatient rehabilitation for drug misuse: the matter was postponed until May. The argument runs that it is better for a child to be sentenced to compulsory rehabilitation rather than acquire a life-ruining criminal record. An involved person from Gauteng, opined that such treatment is effective as it is the addiction that leads to criminal behaviour. Failure to comply results in a prison sentence.

When can a trust provide an interest-free loan? If the loan is not obtained in the context of a profit-making scheme: https://www.iol.co.za/personal-finance/can-trusts-provide-interest-free-loans-19619681  Do check with your accountant first.

Compulsory arbitration clauses are often included in contracts with the view to avoiding expensive and time-consuming litigation. If the contract is properly drawn and makes arbitration compulsory in a self-standing clause, then such a clause will be given effect to buy our courts (broadly stated, but still): http://www.saflii.org/za/cases/ZAWCHC/2019/9.html

It’s a sin: generally, not to believe; be specific and there is a whole list, depending on who you consult. Even to a sceptic, the marvellous result of organised religion is the ordering of a society; generally, for the better. The contrary is also true, belief becomes harmful when such a group imposes its beliefs on others, especially if not for the better: you would recall Nasionale Christelike Opvoeding? So, if a voluntary grouping believes in rights and wrongs which are anathema to some of its members, why would the objectors remain in that fold? Presumably, as long as belief (understanding from the term that there is no rationale which underlies belief) does not actually harm a society and one is free to abstain, why would one approach a court to strike down such a belief? I think that the ruling against the Dutch Reformed Church is correct; from a liberal perspective. I think that the gay practice of the applicant in this case is misguided, but I do not understand why he simply does not leave that church? Clearly his beliefs do not dovetail with that of the majority of members.

This week past I lost SWMBO (the term popularised by Rumpole of the Bailey and originating from Haggard’s She). At wits end and after dark I appealed for help on WhatsApp. The response was virtually immediate. The news spread to the extent that two hours later virtually the whole Northern side of Pietermaritzburg was in the know and, amazingly, looking for her. Many took to the streets and searched for someone they did not and would never know – an amazing selflessness that I would not have begun to imagine existed. Social media in mobilisation is powerful beyond ken.

How does one thank those who took part, and in one case, who almost sacrificed his life?

My only complaint is that I’m now inundated with calls from unknown men say to me: How did you DO that?

In heaven the police are British, the cooks are French, the engineers are German, the administrators are Swiss, and the lovers are Italian. In Hell the police are German, the cooks are British, the engineers are Italian, the administrators are French, and the lovers are Swiss. Is the ability to govern and the ability to cook mutually exclusive? Dishes with flair and pizzazz seem to originate from laid-back warm countries whilst colder climes generate discipline and stodgy food…

The biggest human temptation is to settle for too little. Thomas Merton

The English contribution to world cuisine – the chip. John Cleese 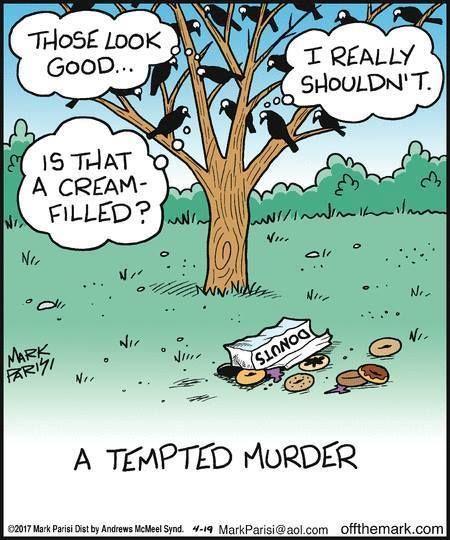