Economics – A recent article about the Tanzanian president, urging women to throw away their contraceptives, because the country needs more people, dealt with the negative effects of population growth. At the back of my mind I could not help but wonder whether that president was not angling for so-called demographically driven economic growth: this is a seemingly self-sustaining method of achieving overall economic growth, albeit most probably at the expense of individual wealth. Looks good on paper though.

Our economy in decline? Perhaps not? The latest BankservAfrica economic transaction index (BETI) shows growth in August and suggests that, whilst not out of the woods, our economy is looking stronger. On a yoy basis, the BETI had declined by -1.2% for the prior quarter that ended in July. The latest prior quarter, ending in August, reflects an increase of 0.5%; quite a strong change in direction.

The GDP trend shown by StatsSA seems to confirm this: the 1Q18 showed a decline of -2.6%; the second -0,7%. Hardly great, but a trend towards positive.

This week past, the COSATU policy positions for the general elections next year was published. Some of this makes for fun reading:

Reading this makes one realise that locally, education was a failure! The fact is that the above wish list is seriously out of touch with reality – you must love the first: who in his right mind would want to invest his life savings in a South African SOE?

A Harvard professor has suggested that elite universities employ an admissions lottery which would shift admissions from merit to a more diverse group. It appears that current admission systems tend to reproduce inequality. Take a look: https://www.zerohedge.com/news/2018-09-10/harvard-prof-merit-based-admissions-reproduce-inequality

Huletts is reportedly targeting an area across the Shongweni turnoff off the N3 for a new town development to be named Ntshonweni. Take a look at this report: https://businesstech.co.za/news/business/270981/a-look-at-the-new-r20-billion-town-being-built-just-outside-durban/

One tends to forget: an iol note reminds one that in 1983 – 1987 our interest rate was in the 20 – 25% range and you could not sell anything in Camps Bay. Just five years ago, you could still buy in Camps Bay for R6m. Now the entry-level price is R10m.

BetterBond reports that the number of bonds in the R500k- R1m (which accounts for 42.5% of loans granted) has picked up by 3.9% and that the value of these bonds have increased by almost 11%. Perhaps our property market is not quite that bad – see above!

The Law Society has sent out a conveyancers’ checklist (spelt incorrectly) of guidelines that may be followed by conveyancers when applying for transfer duty receipts. If you have not received yours, ask me for a copy.

Have you noticed Mr Zuma offering to testify at the state capture inquiry. It would be most interesting to see if he ever makes good on this promise: it is easy to say that you have not been implicated by any of the evidence, but quite awkward when you are sitting in the hot seat. The mere fact that the presiding judge has asked for an affidavit by Mr Zuma, is an indication that the judge does not necessarily agree that Mr Zuma has not been implicated.

Hit the boer: “There is no principle in our law that requires dismissal to follow automatically in the case of racism. What is required is that the arbitrator should deal with racism firmly yet treat the perpetrator fairly.”

Our newspapers may have run away with this a bit?

One wonders whether, with the waning of Mr Zuma’s influence, this Bill will eventually progress into statute.

I hold a copy of a recent note which, written on rehabilitation, as reflected in the Purdon decision, ponders the fresh start philosophy and our courts’ take on a return for creditors, contrition and punishment.

Prof Jansen on the re-admission of  Fees Must Fall expelled students:

There is an arrogance among affected students, a warped thinking that stubbornly equates post – apartheid criminality with the struggle to end apartheid.

Quaking in our boots: “Do not provoke us. We have military training and don’t want to get to a point where we resort to coup.”

This comes from MK vets to municipalities that have failed to meet the demand for tenders, jobs and housing. In one (!) word… Please go for it!

Our Constitutional Court has ruled that singing a (racial) struggle song was offensive but did not warrant the dismissal of workers. I was quite interested in the Numsa comment: Struggle songs are a part of who we are and how we express ourselves as the working-class majority in South Africa. Any limitation on this right is a limitation on the right to freedom of speech. Sure. Where they lose me is why it is okay to be offensive. A lot of our history is offensive and should not be perpetuated. One cannot build any kind of social cohesion (the current in flavour) when one group is allowed to be offensive.

Rode is probably better known for property analysis than economic forecasts: he did touch on a raw nerve when commenting on are brain drain and want of entrepreneurs. Of late I hear increasingly of the wealthier and more mobile Saffers emigrating. Whether this is so, will probably only be borne out in a couple of months when emigration figures become available.

Whilst apartheid can never be excused, possibly only understood; there are quite a number of funny/biting mordant riffs on this absurdity of our surreal past:

It’s hard being a black person in South Africa, because it takes the entire village to raise one child, whereas for white people it only takes Mavis, that all it takes!

Q: What do you call a white person who didn’t benefit from apartheid?

You whites are full of s…. you know: He proceeded to tell a story about how he pulled up at the traffic light alongside a battered old Datsun carrying a white family who locked the doors the instant they clocked black skin. I’m going to hijack Datsun? He chuckled. Get out of here. I drive a Mercedes.

A bus company’s owner explains to his drivers that if they find it difficult to see people as equal they just have to consider there are no more black and white people, only blue.

So, this driver explains it to its passengers :

“Ok guys, you’re not black or white anymore. Only blue. So light blue get the front seats, dark blue the rear.”

“People get fooled by Jacob Zuma. He’s got like… a cute vibe, he’s giggling all the time – he he he he. Zuma is a master tactician. He’s the guy who was head of intelligence for the ANC during the struggle. He also started the chess team on Robben Island! That’s why he’s so good at moving his cabinet around.” 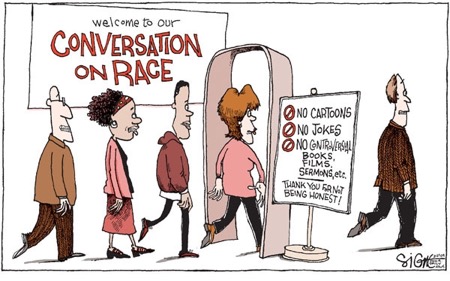