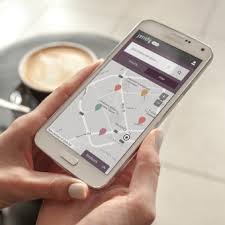 Obtaining information on the correct sheriff is often frustrating, timely, and can lead to delays and additional costs. Jurisfy saves law firms time by mapping sheriff jurisdictions onto a digital map, allowing firms to quickly find the correct sheriff by entering a relevant street address.

Jurisfy (https://jurisfy.com) has allowed many sheriffs to see the boundaries of the areas they serve for the first time, and has had excellent feedback from firms who have drastically reduced the time to find the correct sheriff.

How Was The Data Gathered?
After some research, the team at Jurisfy discovered that most of the areas that make up the Sheriffs’ jurisdictions are listed on the website of the South African Board for Sheriffs. With further research it was found that some of the information was incomplete, inaccurate, or absent.

The data from traditional sources was not only difficult and time-consuming to interpret, but also frequently inaccurate or contradictory. By integrating with Google Map’s solid infrastructure, Jurisfy made it possible to build a powerful tool that enabled sheriff jurisdictions to be mapped out and visually represented throughout Johannesburg.

Leveraging the 2011 census data, jurisdictions were plotted based on the information available in Hortors and the Sheriff’s Board website. It was not long before it was again evident that the data was incomplete and unintuitive, and that a new approach was required in order to get accurate information. The information would need to be obtained from the sheriffs themselves. 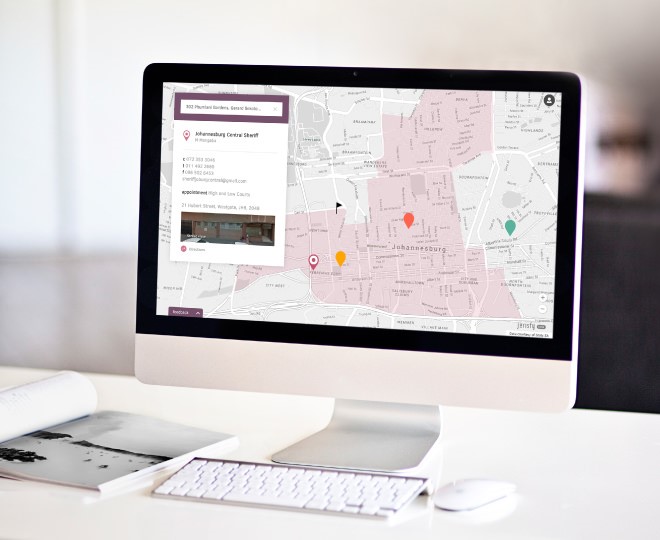 Armed with large maps representing the jurisdiction of Soweto East, the first office that was visited was that of Hettie Botha, the Soweto East Sheriff. Because she took over the job from her father, she was more than aware of the inadequacies within the system – many of which stemmed from years past. She explained that much of the workday was spent on the phone redirecting callers who had phoned the incorrect Sheriff’s office.

It was apparent that the only reliable data would be first hand data obtained directly from the Sheriffs themselves, and so began the task of visiting, speaking with, and collaborating with the Sheriffs to determine their jurisdictions.

What Does It Cost?
The service is currently free, but pricing structures and investigations are under way to ensure that a reliable service that brings value to firms can be sustained. Jurisfy services law firms seeking sheriff information only for Gauteng at the moment, but the goal is to expand to the rest of South Africa, and ultimately become the authority on obtaining sheriff and court information.

Jurisfy also allows correspondent firms to list themselves to be discovered, after which they are automatically displayed on the map when a court they are within 15kms of is selected. This is currently a free service, and will likely eventually be expanded to counsels.

Who is using Jurisfy?
Jurisfy was launched in April of 2015, and is currently experiencing a monthly traffic of approximately 11 000 visitors which is steadily increasing, with close to 800 registered users growing at 15 to 20 new sign ups a week, and around 4000 address searches per month.

85% of the visitors are from law firms in Gauteng, and some of the most avid users are even the sheriffs themselves.

The service rarely has discrepancies with its data, oftentimes revealing a misunderstanding in jurisdiction by a sheriff’s office.

To enjoy Jurisfy before it becomes a paid service, visit https://jurisfy.com, and click on one of the sign up links. You can contact the team at https://www.jurisfy.com/contact.