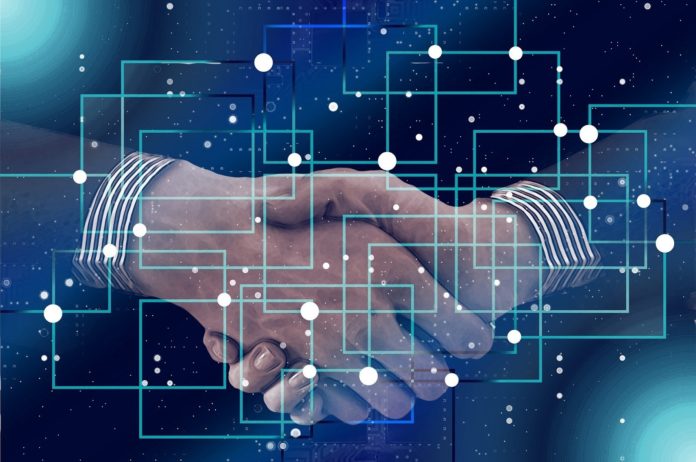 Smart contracts have been defined in a number of ways but suffice it to say that it refers to a contractual agreement – whether reduced to writing or agreed to orally – which is transcribed into code which executes all or parts of the contract, without human intervention, stored on blockchain technology in a distributed ledger. It is said to be the future on which all transactions will be concluded, saving time and transaction costs as intermediaries, such a legal practitioners, financial institutions and third party agencies,  are not required given that the transaction embodied in the transcribed code is self-executing, in whole or in part.

A is the owner of a house, which he wishes to sell to B. In the hopes of limiting the costs associated with property transfer,  both parties agree to conclude the transfer agreement by way of a smart contract. Both A and B acquire the necessary software installed on their laptops / computers to proceed with the sale, which software is referred to as a node and contains an integral record of all previous transactions using the software. They have their transfer agreement transcribed to code and pay the necessary transactions fee’s to have it added to and executed on a public blockchain,  of which Ethereum is only one of many blockchain platforms available globally.

The smart contract is coded in such a manner that once the necessary preconditions have been satisfied, such as bond approval and compliance certificates have been issued, data that is coded to be automatically picked up via the interconnected banking and compliance agency systems, money will automatically be transferred from B’s account to A’s account, with a simultaneous transfer of the electronic title deed into B’s name. In the simplest of terms, this then constitutes the first block in the blockchain.

Where B eventually decides to sell the property, the same process is followed with C, acquiring the necessary software enabling access to the public blockchain on which the smart contract is enacted, as well as a complete ledger of previous transactions. This new smart contract as between B (now the Seller) and C (now the buyer),   forms the second block in the blockchain. Consequently, as each new smart contract is concluded and executed on the blockchain, a new “ block” is added, forming an intricate chain of blocks, representing a complete, immutable record of previous transactions.

Despite the potential benefits of smart contracts, promising reduced transaction fees and speedier  executions, smart contracts have a number of legal uncertainties which have yet to be clarified by legal precedent.

Most obviously is the fact that legal practitioners don’t speak code and coder’s don’t speak legalese. Although most individuals are capable of understanding the basic provisions of any agreement, the smaller details require knowledge and experience of our legal landscape. Accordingly, it is not possible for contracting parties merely to conclude a agreement and ask for a coder to transcribe same, as a coder cannot decipher or ensure that the parties true intention is accurately digitized. Additionally, there is uncertainty as to how contracting parties would know that their agreement has been transcribed correctly in code, truly giving effect to their intention and not that of the coder, given that no warranty or guarantee is provided when the contract has been “ successfully” transcribed into a seemingly bizarre combination of zeros and ones. Lastly, certain individuals may be at a disadvantage where their tech knowledge is not as advanced as the other contracting party and thus may not fully grasp the consequence of a certain coded provision, expecting one thing when the code provides for another.

The smart contract itself, a self-executing binary code,  undecipherable to the average person, together with the outcomes it has executed serve as the only objective evidence of the contracting parties alleged intention. Where same is the only evidence of parties alleged intention, difficulties arise in proving that there was no true meeting of the minds or that the smart contract was not correctly transcribed and thus did not give effect to the parties true intention.

Furthermore, a smart contract does not provide analogous self-help remedies to contracting parties as code requires specific, precise exactitudes. Thus a smart contract cannot, like its traditional counterpart, permit leniency under certain conditions and does not provide either contracting party with the ability to voluntarily cancel the agreement or use the threat of same as a bargaining power to renegotiate contractual terms. The rules of smart contract and its associated code is basic, if X does not happen then Y will not happen or Z will come into effect. Period, no excuses, no exceptions. Due to the exactitudes required by code, parties cannot leave any contractual provision ambiguous to be argued at a later date in their favour or agree to deal with unexpected eventualities if and when they arise, with any amendment as agreed between the parties requiring additional code transcriptions which ultimately increase transaction costs given the immutable characteristic of the blockchain platform and precisions required by the law of code.

Apart from the above, given the public ledger of previous transactions as an integrable part of the software used by parties to conclude smart contracts, questions regarding privacy and confidentiality are also called into question. This is apart from the potential and possible risk of hacking and cybersecurity breaches which supporters of smart contracts dismiss on the proclaimed immutability of blockchain technology. However never say never.

“ Coding requires human input and all human activities are susceptible to mistakes (and misrepresentation/fraud)”  as so well articulated by Sir Geoffrey Vos, a member of the UK Jurisdiction Taskforce (UKJT), one of the taskforces created by the LawTech Delivery Panel (LTDP), who has been tasked to help in the growth and realisation of the legal systems full potential in the UK given the increasing role of technology and future of the law.  Hacks and similar cyber security breaches are based on the exploitation of unintended coding errors, which given the nature of coding is not prima facie and generally only discovered once the unintended error encapsulated in the code is exploited, once harm has already been imposed or data already stolen. This raises questions of who would carry the burden of potential risks and liability for unintended coding errors, whether resulting in hacks and monetary loss or in the improper execution of parties true contracting intentions.

There are numerous other considerations which render the legality and enforceability of smart contracts vague, considerations on which countries law’s will be applicable where a smart contract is concluded internationally on blockchain technology that extends into international territory , touching base in different countries with different legal regimes and judicial systems. With questions hanging up in the air on the interoperability of the numerous nodes and blockchain platforms available globally, operating in the lacuna of international standards for blockchain platforms and node software.

So although smart contracts holds promises for speedier and less costly transactions, the legal lacuna within in which it will operate must firstly be filled by precedent, legislation, regulations and policies  before one could truly start speculating as to its validity, enforceability and legality.

If you are intrigued by possibilities of smart contracts, whether you are cheering them on or dead set against them, join the Jur Legaltech Webinar – Smart contracts, ODR and blockchain with Futures Law Faculty, Cape Town Legal Hackers and international experts on Friday, 22 May 2020 at 12:00. Register online –  https://app.livestorm.co/p/d7df3484-a501-4b83-ad8b-2ff70ce1d4f6

The New Normal—Law Firms May Never Be the Same