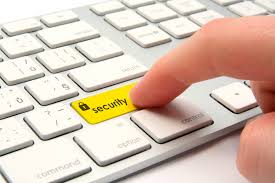 The ‘Nigerian Prince’ or ‘419’ email scams we’ve all seen take advantage of the age-old premise: people can be greedy and gullible. Or to put it more positively – people are intrinsically positive about the motives of others and are not on the lookout for scammers and criminals in every email exchange.

But the sad truth is we all need to wake up to the threat in our email. To heighten our security awareness. The world has moved on and despite significant security efforts and new technologies in recent years, there remains a prolific and lucrative cybercrime industry attacking people and organizations alike. Today the weakest link in any security defences are people so protecting data and systems also means protecting people.

The recent history of cyber security shows that all too often it is the employee that opens an organisation up to attack. In most cases (despite high profile insider attacks like Snowden in the US) employees are not willingly participating in an attack. They may not even know they are the unwelcome target of a hacker’s attention and that their online behaviour might be risky. Employees have limited knowledge of the cyber security risks they face (or create). Email scams take advantage of this lack of security knowledge. The cost to an organisation of this knowledge gap is an increased security threat.

Cyber security is a constant game of cat and mouse. As people woke up to the threat from simple email scams like the ‘Nigerian Prince’ its effectiveness declined so the attackers moved onto new techniques. Phishing in its many forms has grown in popularity. Here the attacker sends email to lots of people with a malicious web link to steal credentials for logins or a malware-laden attachment to infect a machine. They know that someone will click through and activate their attack. Then there is spear-phishing, where targets are more carefully targeted to improve effectiveness and a new, and damaging, variant of this called CEO Fraud or whaling where social engineering is used to really target a specific individual within a target organisation. Individual emails are created that look legitimate, they often even get into a conversation with the target pretending to be their boss, before hitting them up for fraudulent wire transfers of cash or confidential data.

These attacks on email are on the rise and are a significant concern. Recent research from Mimecast showed that 83% of IT security pros consider email to be the most common source of the attack and 64% believing the attacks to pose a high or extremely high threat.

These attacks also work. Sad but true. People are being duped every day. The FBI reported recently in the U.S. that losses from whaling or CEO fraud attacks alone grew by 270 percent from January to August 2015 with reported losses of $800 million in just six months from August 2015. Our own research showed that in the first three months of 2016, 67% of organisations had seen an increase in attacks designed to extort fraudulent payments and 43% saw an increase in attacks specifically asking for confidential data like HR records or tax information.

Clearly investing in up-to-date technology to defend your organisation is critical but remember that employees are the first line of defense and educating them regularly about potential cyberattacks is vital. As is telling them what to do when they spot a problem or feel they many have been duped. A culture that encourages and supports employees in being open (and fast to act) when they have made a mistake is important.

So in the battle of organizations versus the email scammers it will be employees armed with great technology that will make the difference.