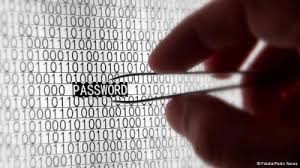 Cybercrime is any criminal act dealing with computers, networks and smart phones. Additionally, cybercrime also includes traditional crimes conducted through the Internet. Cybercrime has become a huge issue not only in South Africa but around the world.

In South Africa we have become a target of cybercrime because these criminals not only know that our law enforcement agencies are not equipped to detect and fight cybercrime, but they also know that we are very lax when it comes to securing our devices and have that “it will never happen to me attitude”.

• 70 percent of South Africans had fallen victim to cyber crime and other risky behaviour, compared to 50 percent globally.
• 47 percent of South African Smartphone users had experienced mobile cyber crime in the past 12 months, compared to 38 percent globally.
• If cybercrime was a nation, it would have been 27th biggest in terms of GDP, and cost the global economy $445 billion a year.
• In South Africa, cybercrime has an economic impact equal to 0.14% of the national GDP – about R5.8 billion a year.”

The new kid on the block is Ransomeware.
Ransomware typically propagates as a trojan, entering a system through, for example, a downloaded file or a vulnerability in a network service. The program then runs a payload. The most sophisticated payloads encrypt files, with many using strong encryption to encrypt the victim’s files in such a way that only the malware author has the needed decryption key.

The contents of your computer are systematically encrypted. Every file, image and document on your computer is encrypted. An image then flashes up on your screen telling you that your computer has been hijacked and all your data has been encrypted. They go on to say that should you want to get your data back you will have to pay them, usually a nominal amount $20 – $200, and they will then send you the decryption code. They usually ask for the payment to be made by Bitcoin so that they cannot be traced.

Your computer cannot be decrypted without the key, so do not let the local computer store tell you that it can. I also advise people against paying the money because more often than not the hijacker does not send the code. Your only recourse is to reformat, reinstall and restore from your backup.