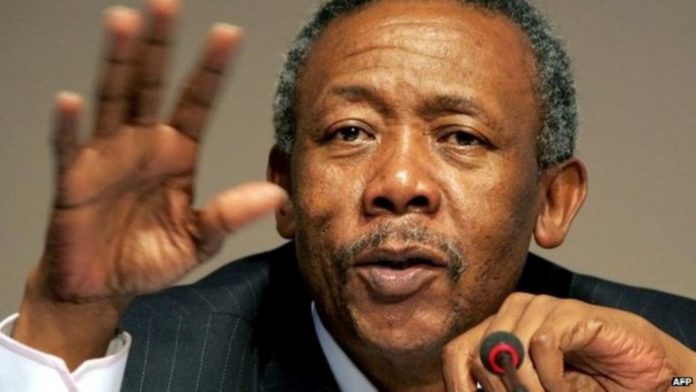 ‘Many of his fellow officers considered him the most dangerous man alive – an honest cop’.

Actually, it’s the tagline for the honest cop played by Al Pacino in the Sidney Lumet movie called Serpico. The movie was based on a true story about an honest New York City cop who blew the whistle on rampant corruption in the NYPD, only to have his fellow cops turn on him.

Jackie, oh Jackie, why were you such a lying scumbag? We trusted you as our main SAPS man and as the head of Interpol.

We could’ve understood, and we may have even forgiven you had you been some down-on-your-luck beat cop. But you weren’t. You put a real dent in the credibility of people in positions of power and top authority in the minds of South Africans.

Jackie baby did not get off when judgment was handed down in his corruption trial. This was most surprising to me as his defence team used the same Zuma style defence of ‘a State–orchestrated plot to oust him’,and the fact we live in a corrupt Third World society, which in fairness I suppose, is no different from any First World society, except here in South Africa corrupt money and cash bribes get handed over as if the scumbags are buying and selling airtime and data.

I did some Jackie Selebi material at a comedy gig at Obz Café in April 2010.

“So Jackie Selebi’s now on trial for corruption and I was watching the trial the other day, and he’s in court, and the State Advocate’s got Jackie on the stand during cross examination:

‘Mr Selebi, can you please explain your relationship with Glen Agliotti?’

‘Well two things: first of all, it’s not “finish”, it’s “finished”. And secondly, Judge please excuse my language (screaming now) what the f**k are you hanging around with a piece of maggot drug dealer like him for?’

So the State Advocate’s like: ‘Ok, Mr Selebi, very well. Please explain to the Court what is it you talk about when you see Glen Agliotti?’

‘Eh, well, eh. We go to Sand-ton seet tee Shop ping Centa. End we seet down at the Mugg n Bean weeth all tha Jeweesh. End eh, he buyz me the bot tom lez cup of coffee and the fiyve muff fins, because you know, I’m try ying to looze weight, cunnt you see?  I’m verrry theen. And eh, we seet and we tokk, end I say:

Then we feen neesh up, end we go end we walk arownd end we go to the naaice shopps – we go to the Gooo Chee, end the Pra Dah, end he buys me all thees naaice clothing, end eh”.

So the State Advocate’s like: ‘Well, how much does he spend on you?’

“Eh, well. May bee you theenk eet’s a lot. But, haibo, yoh yoh yoh, you should see whaat Glen’s mek keeng on the drrug treffeeck king.”