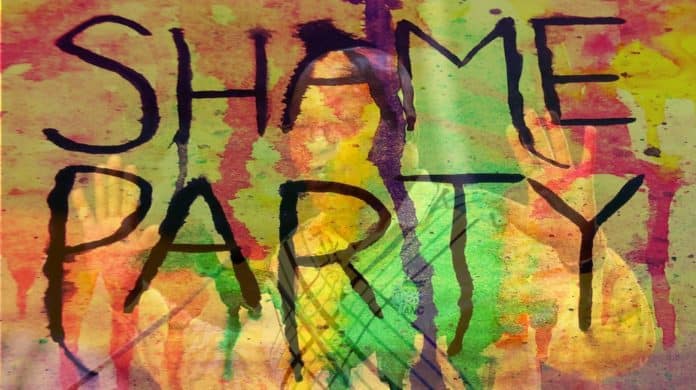 We do worry and complain way too much here in South Africa – and we shouldn’t. We live in a naturally beautiful and anthropologically diverse society, where we have so many national treasures, all of which we should embrace – like Jacob Zuma and the Dros for example.

Now listen to this – the USA is a weird place and there are some strange things going on there.  I recently read an article about something called a ‘Shame Party’. What this involves is you would go and stand up on stage in front of a group of complete strangers – totally anonymous people whom you’ve never met before in your life, and start reading from your teenage diary.  Something like:

“I used to go to the Dros with my dad and watch rugby on a Saturday afternoon, but he always took so long in the toilets, that I got bored waiting for him and one day I walked home.  I don’t know what’s wrong with my dad these days, he used to love going to the Dros to watch rugby on a Saturday, but now he doesn’t want to go there anymore, and he doesn’t even want to watch his favourite TV news station ENCA – he now just sits on his Gomma gomma chair which he moved into the the front garden and says he’s praying for the rain and no more water restrictions”.

Now this got me thinking, imagine if Jacob Zuma had to get up on stage at a Shame Party and read from his teenage diary:

“Lay dees en gentil min. I nowa waant to reed from my die a ree when I waz ten yeas owld:

So then I went beck to mya tent thet niight unda the stuzz, end I de sided to prey, and I took the bye bill in mya hends and I sed:

End Gudd, he ans sed my prey yas. He said: