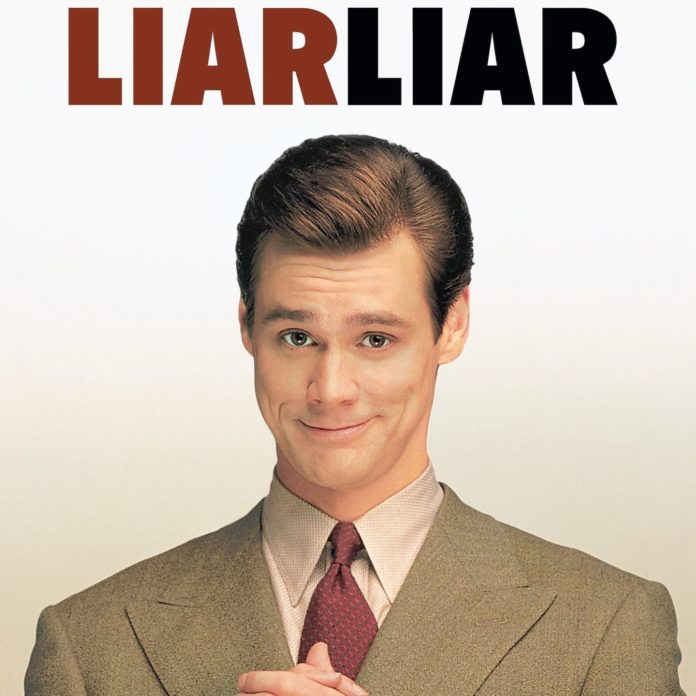 “Does my arse look fat in this dress?” my wife asks me while swinging her head round trying to look at herself from behind in her full-length mirror.

Now that’s a really difficult question for any male partner to answer honestly.

In the dark side of love feature film – Bitter Moon –directed by Frenchman Roman Polanski, the older man Oscar character is asked the very same question by his Rubenesque younger lover, Mimi, on their way out to a drinks’ party in downtown Paris.

Oscar answers the question perfectly by saying: “I love your arse, I’m crazy about your arse, Mimi”.

Human beings are conditioned to lie – it’s way easier, and it avoids unnecessary confrontation. There is generally no gain in being honest in this contemporary world we live in.

Lawyers generally lie for a living. Period. And their clients themselves lie to them too. I’m not too fussed about what the legal ethics are of putting perjured evidence on the stand, or under oath on affidavit – because there’s a fail-safe way I handle it.

I always tell my clients – “just don’t tell me what isn’t good for you. I don’t want to hear it.  If you tell me something now in consultation, which does not suit your case, I will not go into Court afterwards with another story”.

So, what this basically means: “listen here you lying sack of sh*t.  I know exactly what you are all about – so just give it to me straight any which way you want to spin it – but please make it semi-plausible.  And if you tell me you actually ripped him off for the five million bucks, or you and her were under the influence of horse-tranquiliser grade ketamine, but you knew exactly what you were doing, while she didn’t – when you had sex with her in the Sea Point FNB ATM area at 3am on Erev Shabbas – then I will not go into Court or have you go on affidavit with a different story – capisce?”

Some of the world’s most sociopathic and psychopathic serial killers were accomplished liars – American serial killer Ted Bundy for example, who was a cunning, charming psychopath who kidnapped, raped and murdered over thirty women in the USA between 1974 and 1978.  Ted would typically approach his victims in public places, fabricating an injury, or feigning an emergency situation, or pretending to be a police-officer or some figure of authority, before overpowering his victim and then assaulting and killing them in secluded places. Ted had a cool and unemotional demeanour, a massive intellect, real gravitas and a totally charming personality.

He acted in his own defence in his murder trial, and the South Florida Judge who sentenced him to death in 1979 had this to say to him:

“You’d have made a terrific lawyer. I would have loved to have had you practise in front of me”.

That’s quite an indictment of highly skilled lawyers, don’t you think?

So the next time you get home really late at 3am on a school night, and your partner asks: “where the hell have you been?”, just make up the most creative, but biggest BS story you can think of, because if you were to simply tell her: “I was out with the boys having a few beers”, she’d just never believe you.