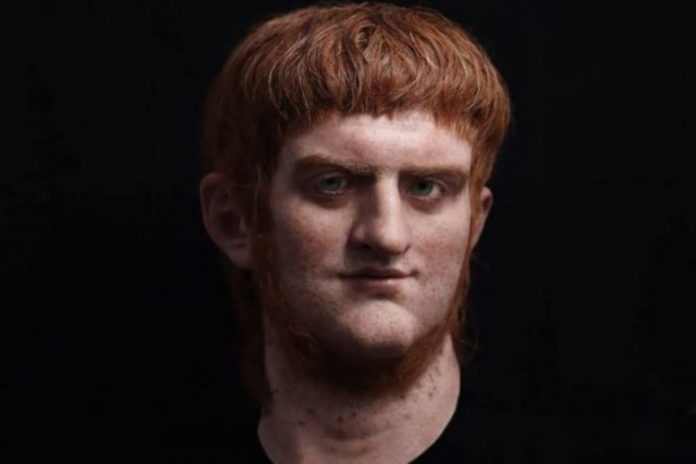 Nero ruled Rome for almost fourteen years from the year of our Lord 54 to 68. According to most written accounts, Nero won only bronze in the competition for the most ruthless, violent, sexually debauched, and tyrannical Roman Emperor – coming right after silver medallist Tiberius, who came runner-up to gold winner, Caligula.

Nero became Emperor at the incredibly young age of sixteen, much with the help of his Jewish-type overbearing mother – Agrippina – who lived vicariously through her son, effectively ruling Rome.  But Nero tired quickly of his harridan mother, and simply wanted to be left to his own devices, as the Pet Shop Boys sang.  His first step in the direction of growing the contents of a nut-sack, was having an affair with a slave girl called Claudia Acte. Yenta mommy did not approve one bit of boychik Nero’s foray into the knickers of a lower than streetwalker class of female, and this sadly then became the beginning of the end for mommy and son, when Nero told mommy to go live somewhere else and hoofed her out of the family palace.

In the year of our Lord 59, just four years into his reign, Nero’s patience and making endless excuses for mommy to his mates finally hit the permanent skids, when he called in the heavies to have yenta mommy whacked on the seashore, after his masterplan of having her “drown” in a fake shipwreck went tits up. With hot tears of pain filling his eyes, he called her death a “tragic suicide” and covered all his hand-held polished metal mirrors in black cloths.

Now, to kill your own mother, no matter how valid your reasons might be – and no matter how many times she WhatsApp’s you during a High Court urgent liquidation application argument to ask you whether you are hungry, or calls you on your way back in the car to your home-office moaning: “why don’t you phone me anymore, don’t you love me anymore?” – Nero whacking his own mother really was the beginning of a slippery slope downwards into irreversible demented psychopathology.

Nero’s descent into blood-thirsty depravity then snowballed with the murder of his step-bro Britannicus in the year 55; in the year 62 he executed with glee his rivals Cornelius Sulla and Rubellius Plautus. He then divorced his wife Octavia citing her ovaries as being drier than wrinkled prunes – hoofing her out of the palace. When the public moaned about what he had done, he denounced Octavia as a hoochie and had her whacked.

Boychik Nero then married Pythagoras – a freed male slave – sending a Roman hot house locker room message he was all but done with females.

Nero blamed the Christians for the Great Fire of Rome in the year 64, doggedly executing them by burning them alive, crucifying them and throwing them to the beasts.

Roman upper-crusters were getting edgy and wished to depose Nero and restore Rome to a Republic. When Nero got wind of the conspiracy, he rounded up all the players and had them unceremoniously whacked.

After Nero’s wife Poppaea died after a miscarriage in the year 65, Nero went completely off his Roman trolley and two years later fell for a young boy called Sporus who was a dead-ringer for Poppaea, giving Sporus the chop and marrying him in a bridal veil.

Ultimately, Nero became a pitiful wreck and shadow of himself – his lawful commands were ignored by his army officers; his “mates” refused to visit him, and when he couldn’t even find a gladiator or a swordsman to put him out of his misery, he screamed: “have I neither friend nor foe?”

The Roman senate declared Nero a public enemy, and it remains unclear to this day whether Nero killed himself, or got someone else to do cowardly task.

Strangely enough, the sad tragedy of Nero hit me like a chariot in the Colosseum when last week in the Western Cape High Court, just before I stood up to say:

“May it please the Court, my Lord”,

I thought of Nero, and then the immortal words of Proximo in the movie Gladiator:

“And the great whore will suckle us until we are fat and happy and can suckle no more.”