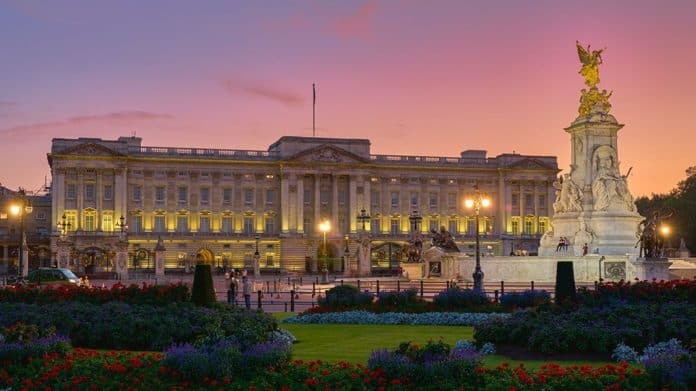 My hero, ex-Prez, Jacob Zuma went on a jol to England some time ago.

And as it happened, he was invited, and duly accepted an invitation to attend on Buckingham Palace for an official dinner with the Queen of England.

So, there he was, slumming it in Buckingham Palace, all dressed up to the nines in his R 100,000 State sponsored Armani black suit and bow-tie, which he did like very much, although his personal preference and clear penchant was for running around bonfires, on the verdant KZN highlands, chasing underage teenage girls with his ample modesty barely covered by reeds and a simple loincloth.

Behaving well though, while being in the company of Royalty, as he was always able to do, with his usual air of sniffy arrogance and that unmistakable gravitas, he was sitting very quietly with his third wife, while sipping on a glass of Moet & Chandon Dom Perignon Charles & Diana 196 French champagne, modestly priced at £ 2,500 a bottle.

It was a delicious meal, consisting of imported AAA-grade South African Ostrich fillet steak, grilled to medium-rare perfection, which had been marinated overnight in a teriyaki and red wine reduction, with a simple side dish of arugula, honey, shaved parmesan and couscous salad.

During the meal, Jacob Zuma’s third wife turned to the Queen and said:

“Sorry your Majesty, may I beg leave to be excused to the bathroom to powder my nose?”

“Yes, my dear – most definitely, please go ahead”, replied the Queen.

So, while Mrs Jacob Zuma #3 headed to the toilet for a few lines of London’s finest, Jacob Zuma then started looking at the Queen and making very low octave dog-growling noises:

“Mmmmmh, grrrrr, mmmmh, grrrr, yo ah Majesty. Medem, Queen. Medem of Engelend. Mmmmmmh, grrrr.  You very beaut tee full.  Now thet my third wife has gun to the bathroom. I would like to know…”

The Queen was genuinely fascinated by Jacob Zuma – a prototype of a man not meant for mass production, the embodiment of pure African masculine power, with 5,000 years of oppression in his every pelvic thrust.

Jacob Zuma then sensually and languorously sipped from his glass, looking the old worn-out bat straight in the eye and said:

“You’ve got such e beaut tee full body. Your thighs are like the thighs from the Nando’s chick kenn. Your eyes are blue, blue like the wart ta in the Etlentic by Cleef ton whea all the white people leave.  Your face is so drrry, eet’s like the beel tong from the spreeng bock in the Ka-rooo. Medem Queen, Medem of Engelend, would you like to come beck to mya hotel at The Reeetz end meke a jiggi jiggi with me?”

Yet the Queen was not taken aback one bit, because she’s been around, this feisty old bag, and replied:

“Mr Zuma. Thank you very much for your most generous offer. Please understand, it’s not like I’ve never been with a black man before – because I have.  Some thirty years ago, I had sexual congress with Robert Mugabe. Truth be told, he took me right here in Buckingham Palace – rogered me on the kitchen table. So, you will understand Mr Zuma, it’s not that I wouldn’t be prepared to, it’s just you are well – how should I put it – you are simply not my type.  And Mr Zuma, if I desired rough trade, I could go straight to Brixton, right here in London.”

As much as my hero, Jacob Zuma, was down, he was definitely not out and said:

“Thenk you, Medem Queen of Engelend, for your honest re-jekshon. Pleaze may ah ask then to send me ova thet Jamaican waitress ova theya – the one with the beeeg bott tom”.