We have been given a copy of Microsoft Office 2010 Beta to use, break and offer feedback to Microsoft. So far we have not found anything that seems to have gone backwards which is often the case in upgrades to software – a feature that they might think great, often could be cumbersome to users. We also look at estimated pricing.
Having been given the opportunity and also with me being bold enough to try a Beta version – it would be crazy not to offer my comments and views on the software to the South African legal market.

This should give all of you the inside track on the new version and then allow you to make your own decision on whether you should upgrade or be confident enough to make use of the new version that would ship with a new computer instead of having to downgrade to a previous version. In other words, allow me to flounder instead of you wasting time and effort testing of worrying about the new version.

As per the norm in the “Step by Step” series, we break up the topic into small bite size chunks which makes it easier to read and absorb the full article/report. Enough time wasted on the introduction, let’s get down to the topic at hand!

Benefit:
You don’t have one of those “Idiot you saved the wrong document and did not save the important one!” moments, and you save time no having to redo work you have already done – worth a few Rands. 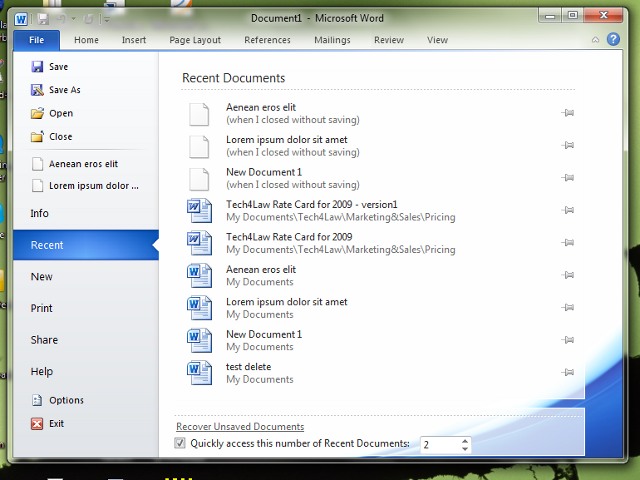 Benefit:
You don’t have to wonder what you changed in the document and guess if the auto saved document has valid changes – just read the notes on the left of the window. 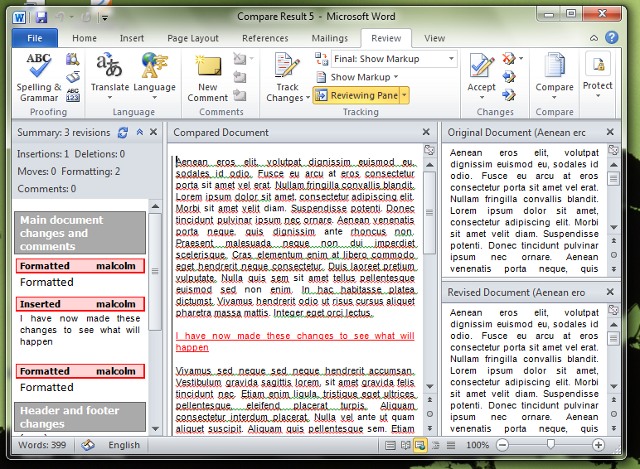 Conclusion:
I would imagine this is worth a few Rand as I said, but the entire price of the upgrade would be justified if you typed up a long agreement and saved the wrong file. This is something everyone will use, in the short month I have been using Office 2010 I have made use of it twice – and I don’t type a lot!

Estimated Pricing:
The upgrade pricing has been abandoned by Microsoft, but they say the new Key Card pricing (indicated with a “*”) via download or installed by your computer suppliers (no disks or manuals) is discounted enough to balance out the upgrade pricing.