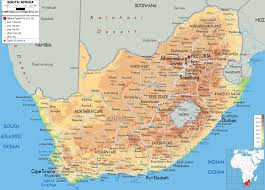 It took the founding members of Domicilium Trace 4 years, on a full-time basis, to compile a complete digital spatial database (digital map) of sheriff service areas for the whole of South Africa. Apart from the boundary data, the database includes a continuously updated component of so-called attribute data, consisting of sheriff names, contact details, addresses, etc.

Secondary to this is another digital spatial database of (rationalised, where already completed)  magisterial district boundaries, identifying the applicable lower court (with contact details) for any physical address location in South Africa.

The project originated when Johann Cruywagen, after struggling for 9 years on a daily basis with the identification of applicable sheriffs for specific Domicilium addresses, decided that enough-is-enough, there must be a more efficient method to achieve this. So he teamed up with seasoned GIS (Geographic Information System) veteran Ryk Taljaard and they started working on a solution.

A sheriff is by law suppose to typically service a specific magisterial district, or a part there-of. Over years the proper delineation between sheriff service areas were however allowed to deteriorate to a state of confusion.

The reason for this being that the so-called rationalisation of magisterial districts, actually already started back in 2001, but was never properly proclaimed and Gazetted. It was only more recently since 2014 that the rationalisation process started receiving more attention and momentum, with results (per province) being properly announced and proclaimed.

It will therefore take many years at the current rate, for all sheriff service areas nationwide to be fully aligned with rationalised magisterial district boundaries. In the mean time Domicilium Trace presents the best possible and properly quantified result to the legal and financial trade.

With Domicilium Trace’s spatial databases completed and ready to be implemented, being verified and updated on a daily basis, we are now in the process of streamlining the outsourcing of the geo-coding process. In order to achieve this, we are currently seeking a contribution of 5000 random Domicilium addresses nationwide.

This will entail the geo-coding service provider to determine the format in which to expect address line compilations from clients in the financial and legal sectors, and to design their processes accordingly.

Interested parties are invited to contact Domicilium Trace with contributions of batches of no less than 1000 random Domicilium address records, as part of a pilot project. The total of 5000 records required for the pilot project, therefore do not need to come from a single source, but can be compiled by Domicilium Trace from various contributors. Contributions will be handled on a first-come-first-serve basis, until the total of 5000 records for the pilot project (processed free of charge), are reached.

Although magisterial district boundaries and sheriff service areas are delineated respectively by law and the South African Board for Sheriffs, other interpretations of these boundaries have been allowed to develop over time, resulting in obvious resistance from within the financial, legal and sheriff fraternities.

Domicilium Trace will therefore require participants to provide feedback within a 2-month period on how the results of the pilot project were accepted in the trade and what issues arose.

Domicilium Trace will initially only focus on bulk processing of batches of Domicilium address records. A next phase will be the implementation of an ad-hoc (web based) query system, allowing for custom geo-coding of individual Domicilium addresses and then obtaining the relevant sheriff and court information for those individual address locations.

Companies interested in participating in the pilot phase and/or other enquiries can contact Johann Cruywagen at johann@domicilium-trace.co.za or 061 564 1649.